Farmington softball is on the rise

Farmington is on the brink of a major breakthrough after pushing rival Piedra Vista to extra innings on Tuesday.

Farmington softball is on the rise 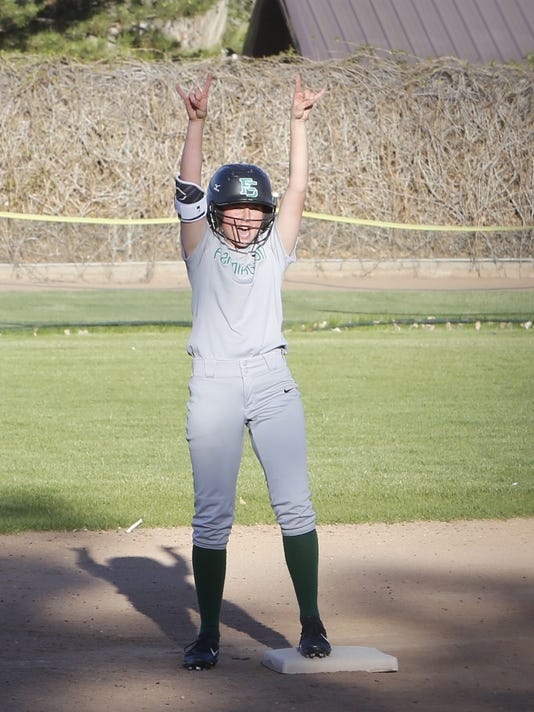 FARMINGTON — The Farmington softball team didn't have a whole lot to celebrate during the 2016 season, but that isn't the case for this year's Lady Scorps.

Farmington, which went 5-21 last season and missed the state tournament for the first time in several years, is 9-10 this season and has held its own against some of the top teams in the state.

Tuesday night, the Lady Scorps held an early 5-1 lead on rival Piedra Vista before eventually falling in extra innings. Last week, they kept Aztec within reach for most of the first game of a doubleheader, trailing 4-0 going into the sixth inning.

Both games ended in defeat, but the Lady Scorps showed head coach Tim Trotter, who is in his second season with the team, they're improving. 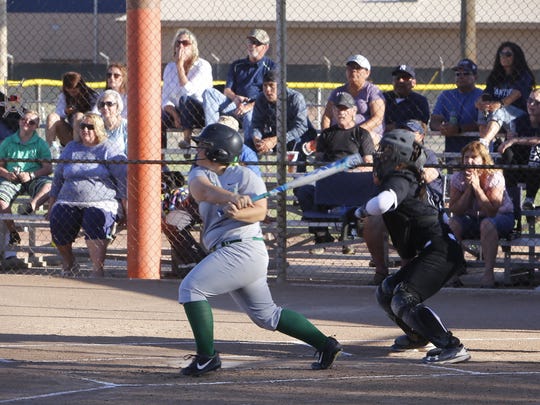 The improvement of the team has gained the attention of opposing coaches.

"I can tell you one thing, kudos to Farmington High and coach Trotter. He's doing a great job with those kids," PV coach Kevin Werth said after Tuesday's game.

Aztec's Roy Johnson also noted the improvements of the Lady Scorps after their doubleheader, singling out freshman pitcher Makayla Donald, who also pitched against PV, for a strong performance.

"I think Makayla did a great job spinning the ball. She kept us off balance for a little while," Johnson said. "She did a great job, and I thought their kids have done a great job at the plate. They put the ball in play. We've played some of the best teams in the state, and they haven't been able to do what Farmington was able to do. I commend Tim and his coaches — their kids are doing a great job."

Trotter said a big part of the Lady Scorps' improvement has come from the team gaining a better understanding of the game, something he has been pushing since he took over last season. At the plate, he's looking for his players to take a better approach, pushing them to have a better understanding of what pitch to expect based on the count and situation in the game. The same goes for the defense and getting his fielders to anticipate how opposing batters might try to get on base or advance base runners.

"It's been a lot of learning, and I think the girls taking it all in and now using it is huge," Trotter said. "We have girls coming off (the field) and talking about their at-bat — that's something we haven't had before. They're starting to jell and come together. They love being around each other, and it's a great group."