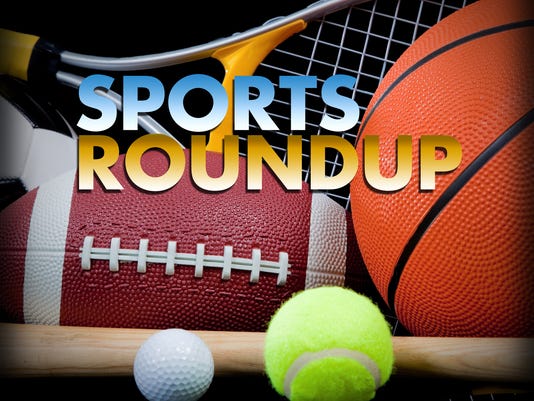 ALBUQUERQUE – The Shiprock baseball team overcame a three-run deficit by scoring five unanswered runs on Tuesday to defeat Gallup on the road and improve to 3-0 in the regular season.

Malcolm Thompson had a nice day with two RBI for Shiprock, which broke a 3-3 tie by scoring twice in the top of the seventh inning. Cameron Phillips then converted the save to seal the 5-3 come-from-behind victory.

"For four innings, I'm going, 'Where's the bats?,'" Chieftains coach Alfred Baer said. "We weren't getting bats on the ball and made a couple of base-running mistakes that kind of cost us from getting an early end. But the bats got hot — that's all that matters."

Pitcher Dylan Begay looked good in the first few innings before running into trouble in the third. The Shiprock sophomore gave up two runs in the third and one more in the fourth, but his hitters bailed him out with three scores in the top of the sixth inning.

Shiprock then closed it out with the extra-inning rally and subsequent save. Begay struck out eight in only four innings of work. Arjay Miller scored twice for the Chieftains.

Shiprock will try to carry its early-season momentum on to Colorado for a 3 p.m. Thursday game against Montezuma-Cortez.

The Lady Eagles got the bats going in the first game to the tune of seven runs in less than five innings. But the Lady Chieftains made things interesting near the end.

Meah Begay and Brianna Littlecrow each logged two-RBI doubles as part of a five-run Shiprock sixth inning. Prep escaped by the skin of its teeth, slamming the door on surging Shiprock before it could force a stalemate.

In the second game, the Lady Eagles needed only two RBI base knocks, as they were helped out by five Shiprock errors.

Eighth-grader Lisa Begay took the mound for Shiprock in the second contest. She gave up five runs, but only two of them were earned. Shiprock coach Levi Toledo said his defense has a lot of work to do.

"We just need to back each other up and talk more in the field," Toledo said. "It's just the first couple of games. Our hitting looks OK, at least."

The Lady Eagles host Zuni in another doubleheader on Thursday. The Lady Chieftains will take a week off before playing Gallup in their home opener on Tuesday.