FARMINGTON — The San Juan Open, Farmington’s storied golf tournament, will take place after nearly three months of waiting in the dark. Just at a later time.

The 56th annual tournament, which raises money for charity, will be held Sept. 3-6 at San Juan Country Club.

After all the waiting and unknowns surrounding the tournament’s status due to the COVID-19 pandemic, SJCC General Manager David Crafton is glad the longstanding tradition can go on.

“It’s wonderful to be able to help the charities out in the communities… We didn’t want to break that chain either,” Crafton said. “After being locked down for several months, everybody’s looking for something to do. Everybody seems to be anxious to get out of the house.”

Crafton said the new date works out for amateur players’ schedules and professional players’ miniature tour schedules across the region, adding the tournament will start the week before the New Mexico Open in Albuquerque.

“It’s going to be a great time of year from a weather standpoint as well,” Crafton said.

Crafton said no decisions have been made on safety guidelines at this time because he’s waiting on what the state’s guidelines will look like come July and August.

After establishing the safety protocols, Crafton said any subsequent adjustments would be made by mid-August.

Crafton said that simply holding the tournament is a huge step toward restoring normalcy.

At this point, Crafton also said tournament plans will go forward as though COVID-19 cases in San Juan County have leveled off.

Crafton said the tournament’s website will be updated with a new look starting June 29. Crafton also said players and sponsors can register at that time, and tournament information can be viewed by then, too.

“I’ll deal with the punches as they come,” Crafton said. “We’re all in.” 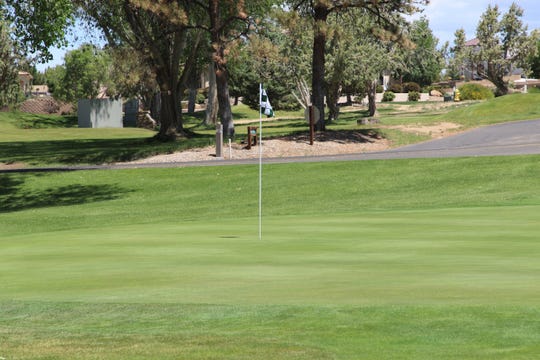