Twin brothers finished first and second, respectively, at the Chuck Soria Invitational in Kirtland on Monday. 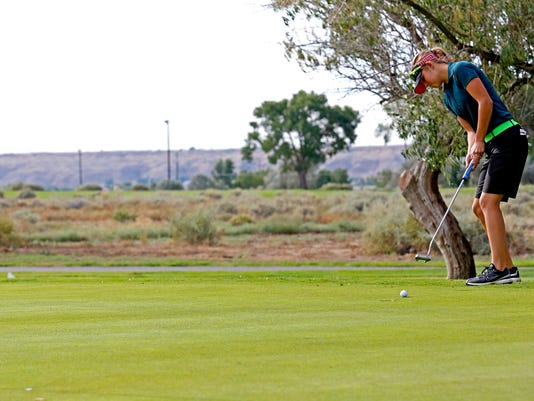 FARMINGTON — Twin brothers Trey and Tyler Diehl finished first and second, respectively, at the Chuck Soria Invitational at the Riverview Golf Course Monday to help the Piedra Vista boys golf team to the team title at the tournament.

Trey Diehl shot an even-par 72, two shots better than his brother, to win the individual title.

“They’re extremely competitive with each other, and they’re only freshmen,” PV head coach Tom Yost said. “They have worked extremely hard all summer long to be able to do what they’re doing, and the work is showing. They’re going to continue to work to get better because they’re never satisfied with how they play.”

As a team, the Panthers shot a 303, two shots off of breaking the PV school record, and picked up their second team leg. 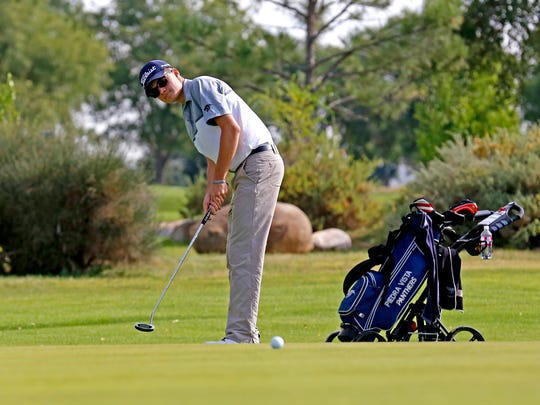 Yost said the biggest difference in the team’s performance was that the boys simply focused on playing golf, rather than trying to shoot a specific number to pick up a qualifying score for the state tournament in May at Piñon Hills.

Tyler Montaño (78) and River Smalley (79) rounded out PV’s team score, and both picked up their second legs for state.

Farmington’s Zach Holesinger finished third individually with a 75 to earn his third leg and become an official state qualifier.

The Scorps finished third as a team, four shots back of second-place Grants, with a total of 335.

On the girls side, PV came away with the team title, firing a 402 to finish 19 shots clear of second-place Kirtland Central.

PV junior Sydney Schumacher won the individual title with an 87, which was good for her first state-qualifying leg.

“It’s always good to get that first leg out of the way,” PV girls coach Charles Druar said of Schumacher. “We’re still looking for our first leg as a team, so hopefully, we can build off of what we (Schumacher) did and pick up a couple legs when we’re in Grants next week for a two-day tournament.”

Druar said the Lady Panthers have had success at the Coyote del Malpais Golf Course — where the Grants tournament will be held — in the past. He hopes they can use their prior success in Grants for a confidence boost during the tournament.

Farmington’s Meghan Graff finished second with an 88, and Aztec’s Linda Peralta shot an 89 to place third.

Graff and Peralta both picked up their third qualifying legs to punch their ticket to the state tournament.

“It’s awesome. Three tournaments, three qualifying legs. We couldn’t be more happy,” Farmington coach Stephanie Jaquez said of Graff and Holesinger. “Now, they have their state qualification and a prize opportunity to play on their home turf.”

Karl Schneider covers sports for The Daily Times. He can be reached at 505-564-4648 and kschneider@daily-times.com. Follow him @karltschneider on Twitter.