Bobcats tight end, who was named to the 4A All-State First-Team offense in 2018 and 2019, believes he can easily fit into ACU's pass-heavy offense.

"They like to throw the ball and get it everywhere," Gurule said. "I thought the vibe there was just unbelievable. It'll be fun and a good experience for me."

Gurule was a dependable target on slants and quick out routes, fighting for that extra couple yards to pick up the first down. He was also used in the red zone because of his soft hands and his ability to break off defenders in man coverage.

"If they need a third-down (reception) or something, they can just throw it to me. I'll catch it," Gurule said.

Gurule was named to the 4A All-State First-Team offense in 2018 and 2019, playing in back-to-back state championship games.

Going forward, Gurule said he wants to work on making faster cuts and get off his routes more efficiently.

Gurule also said that he'd seize the chance to eventually transfer to an NCAA Division I or Division II team after a year or two, but is open to playing all four seasons at Arizona Christian. 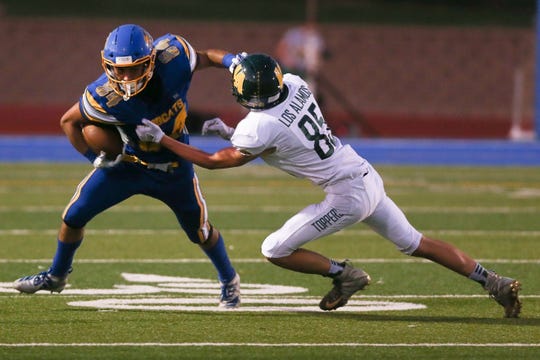