Deming kept coming after the Farmington quarterback in and around the pocket in Saturday's 5A state football quarterfinals at Hutchison Stadium.

The Scorpions quarterback had a rough 5A state quarterfinals outing in the pocket.

Deming’s defensive front kept coming after Carrillo. He zig-zagged, turned, rolled right and left trying to find receivers and get rid of the ball somehow.

Carrillo was sacked and knocked down multiple times.

The pressure came point-blank, from the back sides and from the outer edges.

“It was tough,” Carrillo said. “As the leader of the team, I expect to make plays, make stuff happen for my team. And unfortunately, I did not do that.”

“They were fast, and we weren’t expecting that," Carrillo said. "They did a lot of new (formation) combos. We haven’t been practicing (to face) that, which is our fault. (Deming’s) game plan was to get to me no matter what. They would have one guy on me all the time.” 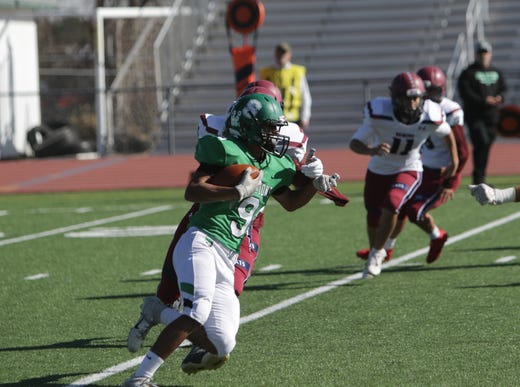 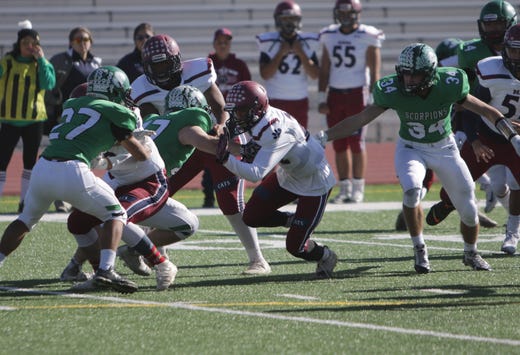 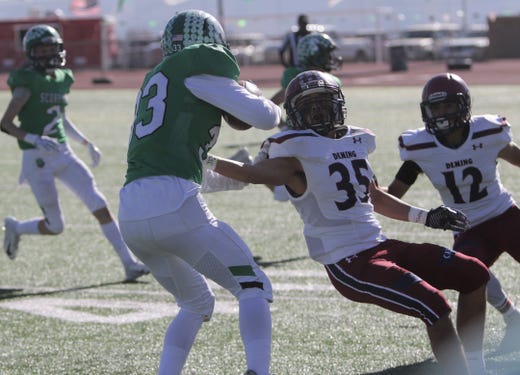 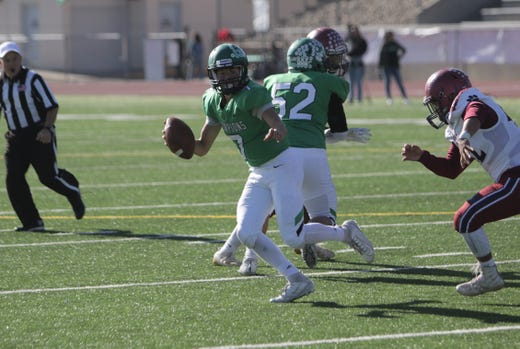 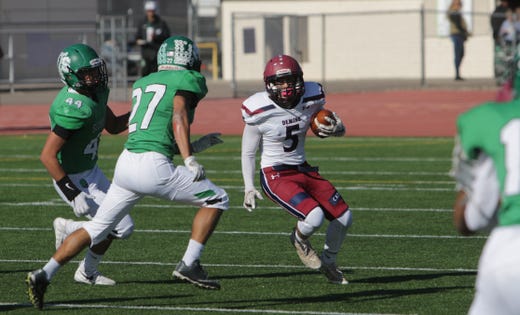 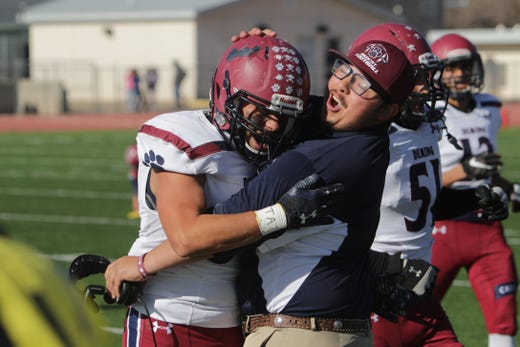 Deming's Vaugner Pacheco celebrates getting an interception on a faked punt by Farmington during Saturday's 5A state football quarterfinals at Hutchison Stadium in Farmington. Matt Hollinshead/The Daily Times
Fullscreen 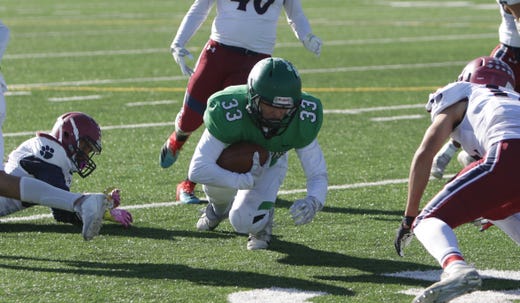 As the game progressed, and as he kept taking a beating, Carrillo tried to maintain calm for his troops and keep hope alive.

He did that with a 16-yard touchdown pass to Max Montoya as time expired in the first half.

“Being the quarterback, I have the pressure on my shoulders. Unfortunately, I couldn’t do enough for the team to win,” Carrillo said.

After Deming eliminated Farmington from the 2018 playoffs, Carrillo wanted payback.

The fact Deming came through victorious yet again didn’t sit well with Carrillo, at all.