Farmington quarterback Caleb Carrillo among the major notable storylines in the 2019 campaign following another strong outing Friday at Aztec. 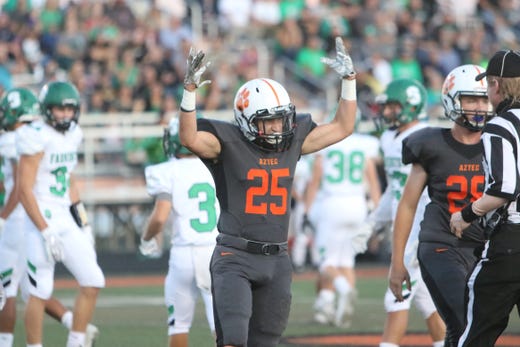 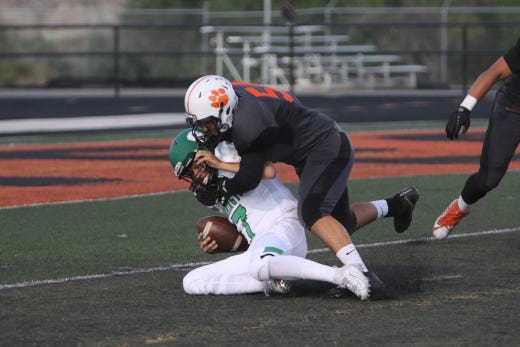 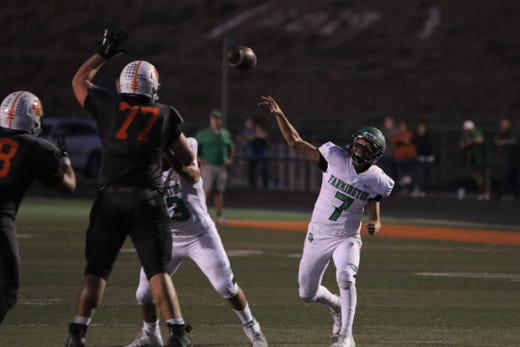 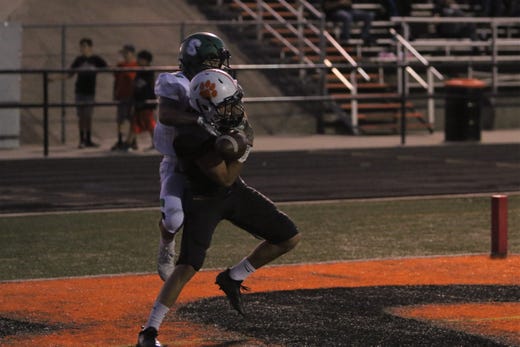 One play during the first quarter of last Friday’s game at Aztec reinforced how the Farmington quarterback operates under duress.

He dropped back and tried to cross left, but ran into a couple of his linemen fending off incoming defenders. He turned counterclockwise to his right and had just enough space to start scanning for open downfield targets.

Carrillo was rolling right just a few yards in front of FHS’s own goal line, and Aztec’s defensive front was quickly zeroing in on the pocket.

And as he was grabbed by the hips and was about to be brought down, Carrillo fired the ball down the right side. Although the end result wasn’t a completed catch, Aztec was flagged for pass interference.

That whole sequence again showcased Carrillo’s potential in orchestrating an offense, and Farmington’s unbeaten at 4-0 largely because of him.

Putting aside how last Friday’s outcome panned out, the Tigers again spent some time chasing down Farmington’s skill players. Although Carrillo soon found ways to drive the ball forward, Aztec initially gave him plenty of hassle.

AHS’s Dominic Grady penetrated the line of scrimmage and sacked Carrillo. On at least one other occasion, Aztec cut off Carrillo’s escape route on the right side, so Carrillo had to change course and scramble left.

Just like its Week 3 win over Taos, Aztec (3-1) was again on alert from sideline to sideline.

It’s well-known that the Tigers can tally giant scoring outputs, but now they don’t have to rely on the offense to win ball games.

The Eagles (2-2) took last Thursday’s loss to Crownpoint hard. It was something they felt shouldn’t have happened.

Prep blew an opportunity to conclude a four-game home stand strong, and now it faces great urgency to come out swinging Friday at Española Valley, a team that’s won just 34 games since 2004.

The Eagles’ playoff hopes are now on the line, and they know it.

The tough part of Prep’s schedule, including games against Escalante and Hope Christian in mid-October, is still to come. 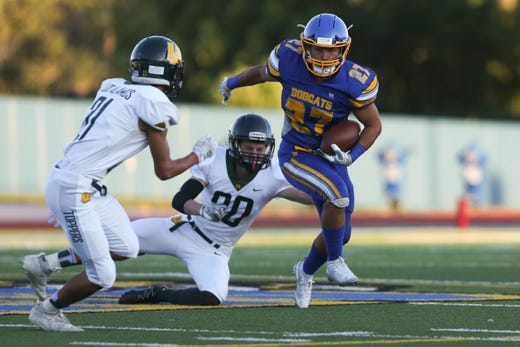 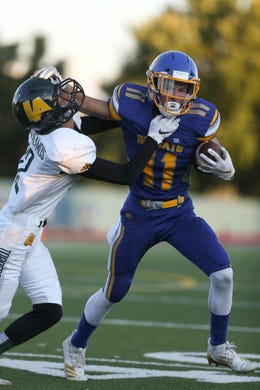 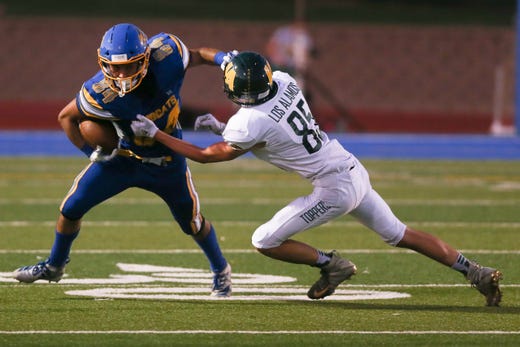 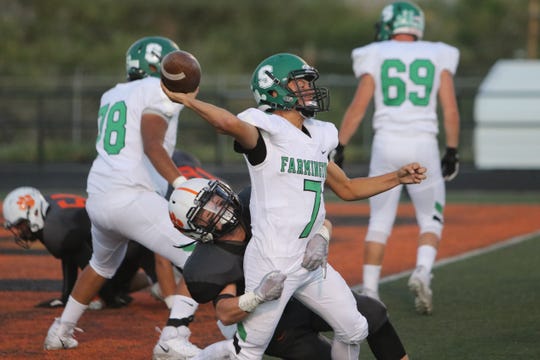