Farmington quarterback making the solid, accurate throws, even with defenders swarming around him in the pocket. Carrillo is calm in those situations.

Farmington's Caleb Carrillo fires a pass down the left side against Kirtland Central during Friday's season opener at Bill Cawood Field in Kirtland. Carrillo went 28 for 36 with 422 passing yards and four touchdown passes in the game. (Photo: Matt Hollinshead/The Daily Times)

FARMINGTON – When defenders start closing in on him in the pocket, Caleb Carrillo exhibits an uncanny level of poise and calmness.

The Farmington quarterback manages to make plays again and again, even under duress. He had to deal with that right away taking over the starting job during district play in 2018, when the games hold more meaning and the pressure grows.

“I take the pressure, and I use it to my advantage,” Carrillo said. “It puts me in situations to where I have to figure out what to do as the quarterback. It’s definitely hard, but we overcome it.”

But even in last year’s 5A playoff opener at Deming and last weekend’s season opener at Kirtland Central, Carrillo’s rising above the stresses of that bigger stage and producing.

“When things break down, and a play doesn’t go as expected, that’s when Caleb’s really good at improvising,” coach Jeff Dalton said. “He has a lot of those intangibles that make him a pretty special quarterback. He's just got a calm mind."

Carrillo can roll right with someone chasing him and still throw a quick dart to one of his receivers.

"I think people underestimate his speed, and that’s kind how he’s able to make some of the scramble plays that he makes," Dalton said.

He also feels pressure and still makes the accurate throws.

Against Kirtland, he stepped up in the pocket, was grabbed by the ankles and was soon brought down. But just before he hit the ground, he saw Thomas Montoya running down the middle and had the presence of mind to dump the ball off to him. The end result was a 43-yard reception.

“I’m not going to give up on a play that easily. I’m still going to be able to get the ball out,” said Carrillo, who went 28-for-36 with 422 passing yards and four touchdowns. “We all practice keeping our eyes downfield, even under pressure and working under the pocket, getting hit.”

Carrillo said those moments against tougher competition are helping him develop that big-game poise, especially getting ready for November with playoff berths on the line.

“It’s going to help me so much,” Carrillo said. "Having that playoff experience (last year) as a sophomore was frightening, but it also made me stronger mentally for those bigger games. It was definitely a big job to grip, but I thought I was ready for it.” 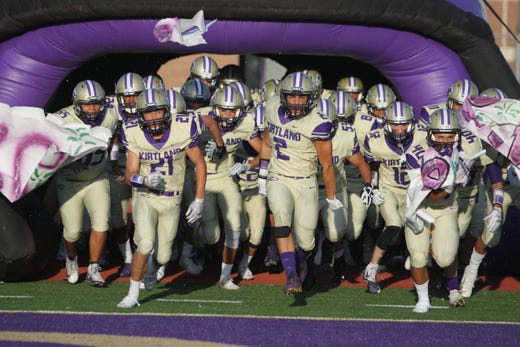 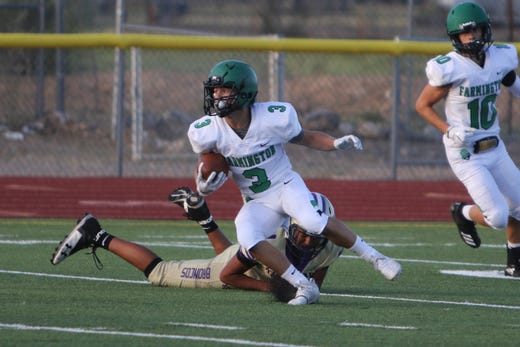 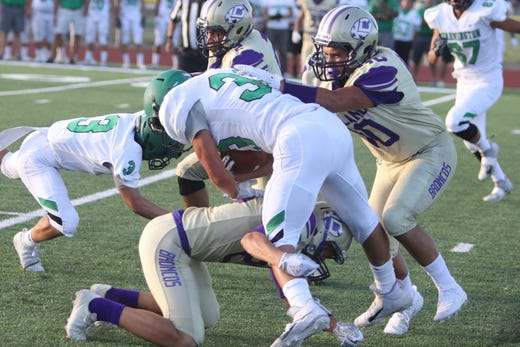 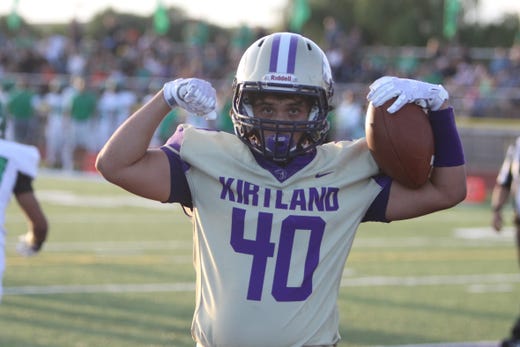 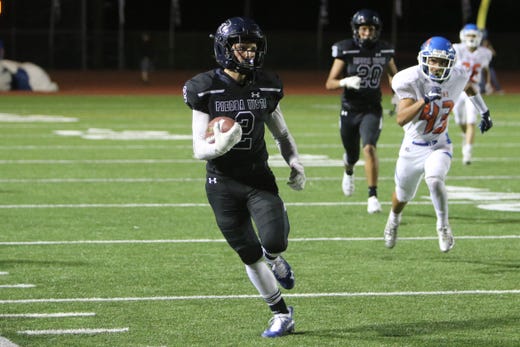 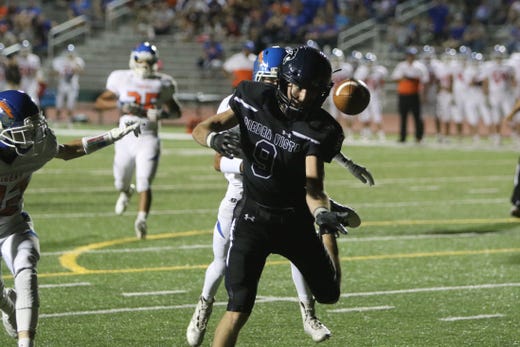