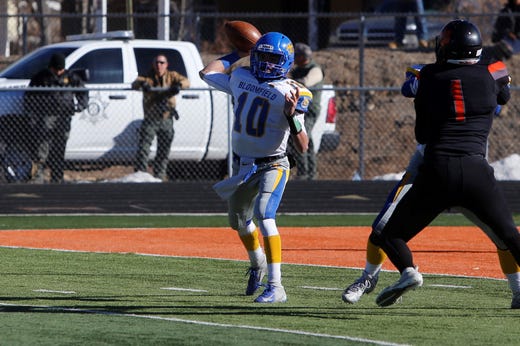 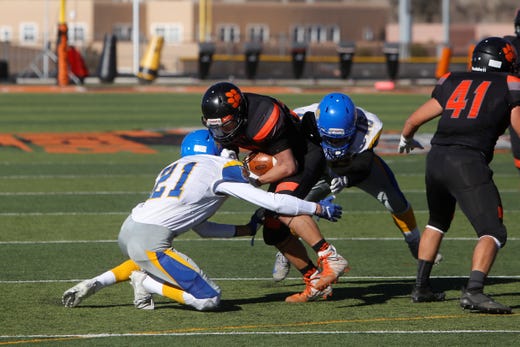 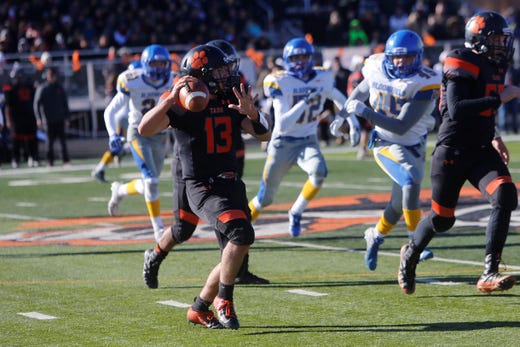 Taos quarterback Justin Good looks to throw the ball down the right side against Bloomfield during Saturday's 4A state championship game at Anaya Field in Taos. Matt Hollinshead/The Daily Times
Fullscreen 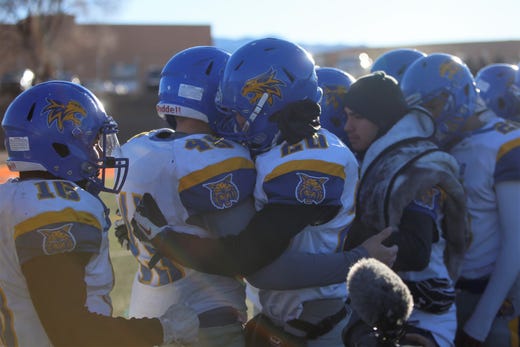 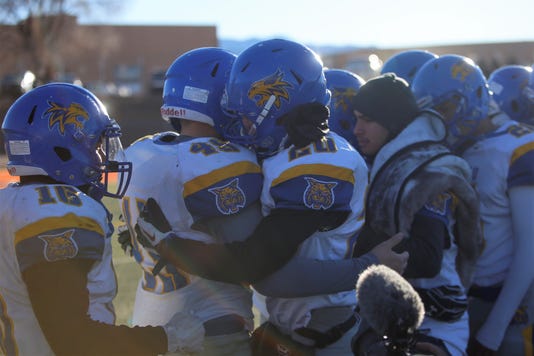 It was one thing after another, and the Bobcats fell 14-7 at Anaya Field.

“It kills us. (Those missed chances) lost us the game,” wide receiver Noah Gurule said. “It was in our fingertips. We had the game ... Heartbreaking.”

The Bobcats kept the score close, thanks to some key defensive plays and a 43-yard corner route touchdown reception by Gurule. But the missed chances proved to be too much for Bloomfield to overcome.

After Taos’ Jonathan Garcia scored on an 83-yard kick return 14 seconds into regulation, the Bobcat offense opened on a rough note. Raymundo Alcantar got tripped up at the Bloomfield 21 returning the kickoff, and the Bobcats were flagged three times on the ensuring offensive series and couldn’t proceed downfield.

The missed chances didn’t end there, however.

Tomas Gonzales raced well into Taos territory on a punt return, only to have the play called back because of an unnecessary roughness penalty.

“It was the little things that killed us in the end,” said edge rusher JT Seitzinger, who had a sack. “If we had corrected that, we would’ve come out on top.” 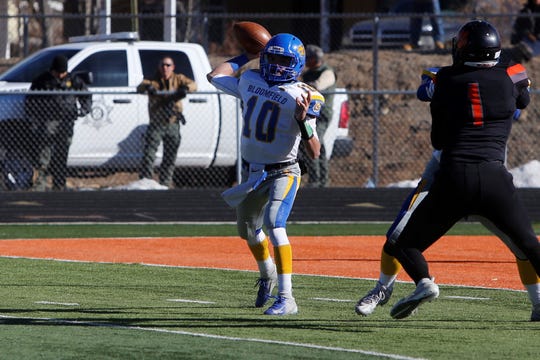 Bloomfield later executed a solid punt well into Taos territory, only to be moved back even closer to its own goal line after a chop block penalty. The second punt attempt was then blocked in the end zone, and Taos’s Noah Armijo came up with the ball for the touchdown.

The Bobcats later had at least two good shots at the end zone on third and fourth down with less than two minutes left to play, trailing 14-7.

The first try, within 5 yards of the goal line, resulted in an incomplete pass. Quarterback Rogelio Gonzales stepped up and rolled right on the second try, only to be tackled short of the goal line.

“It’s devastating. We were that close. We had two chances, and we should’ve had it,” Seitzinger said.

Given how well the defense played, and because it had been 28 years since Bloomfield’s previous state finals appearance, players were all the more frustrated by the bad breaks.

The Bobcats’ championship dreams were ended, but they still embraced the accomplishment of having made it to the championship game.

“It’s good to see our town support us like this,” Gurule said. “We’ll be back.”