Bloomfield advances to 4A semifinals

Bobcats' defense brings the heat against Kirtland Central on Friday

Bloomfield advances to 4A semifinals 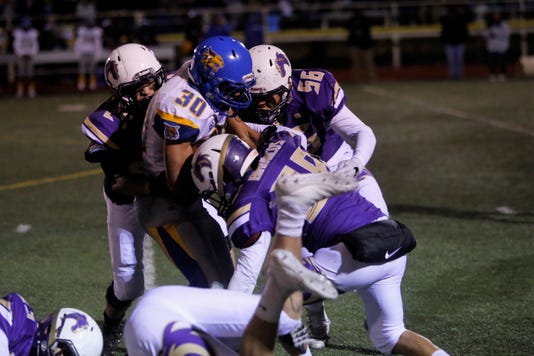 KIRTLAND — Bloomfield’s defense brought the heat from front to back in tonight’s 4A state football quarterfinals, making Kirtland Central’s night on the gridiron long and draining.

The pressure didn’t stop, and the Bobcats kept their season alive with a 21-0 victory at Bronco Stadium.

It was the first time all season that Kirtland’s offense was shut out. KC’s seven-game winning streak also was snapped, and the Broncos’ season ended at 7-4.

Bloomfield’s secondary quickly set the tone by forcing two big turnovers, as the ball popped out of the hands of KC wide receivers upon initial contact in both instances.

The Bobcat defensive front sustained pressure virtually every time KC tried to pass the ball, but the visitors also dropped back into zone coverage to help the linebackers with open-field tackling.

Kirtland Central had its moments when it earned solid field position after driving downfield, but the Bloomfield always stiffened to neutralize the Broncos' normally potent offense.

Bobcat tight end Noah Gurule had two touchdown receptions, both in the left corner. Bloomfield scored its final touchdown on a busted play after a high field goal snap led to the Bobcats darting into the end zone.

Bloomfield (8-4) will face the St. Pius/Aztec winner in next weekend’s 4A state semifinals. 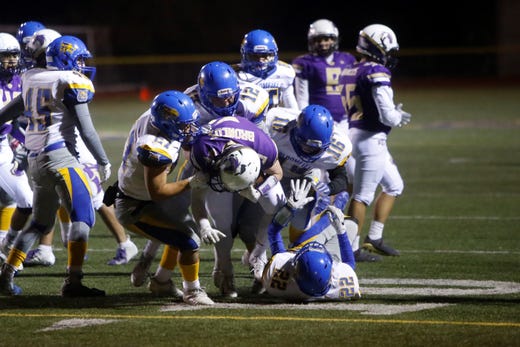 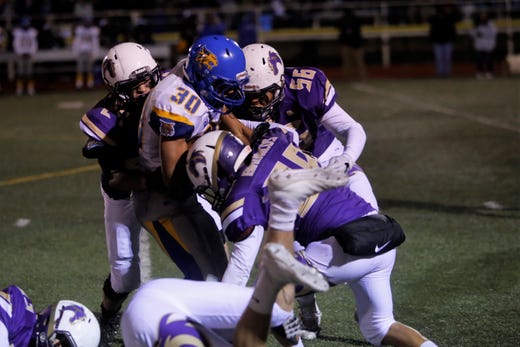 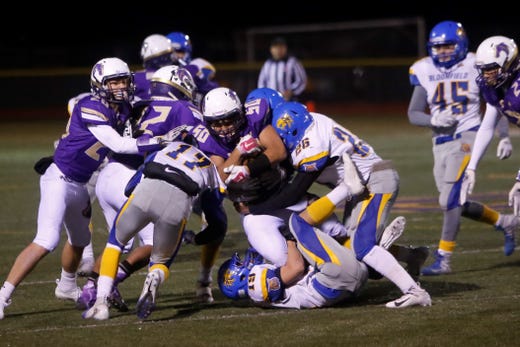