Piedra Vista couldn’t get out of its own way against Roswell and fell to the Coyotes 19-10 Saturday in Roswell.

Panthers fall behind early and can't get anything going 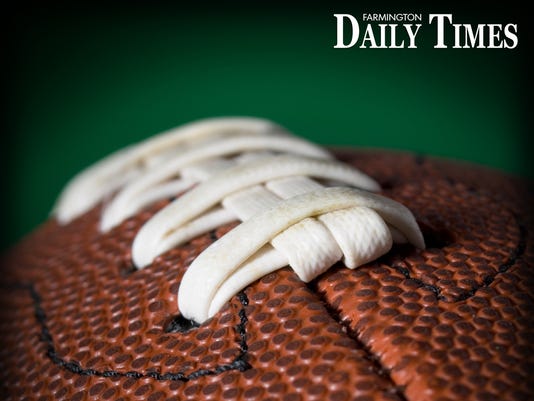 FARMINGTON — The Piedra Vista football team couldn’t get out of its own way against Roswell and fell to the Coyotes 19-10 this afternoon on the road.

“I don’t know what the problem was,” PV head coach Jared Howell said. “We were really flat. I don’t want to take anything away from Roswell, but we had a lot of penalties and turnovers, and that was the story of the game. We really shot ourselves in the foot.”

In addition to the long bus trip to Roswell, Howell's team faced a lightning delay in the first quarter.

When the stoppage in play ended, PV’s offense couldn’t get going, turning the ball over on interceptions on back-to-back possessions, which the Coyotes (4-2) used to find the end zone and open a 14-0 lead midway through the second quarter.

Following the two picks, the Panthers (4-2) marched down the field, picking up five first downs while keeping the ball on the ground the entire time. But when PV broke into the red zone, the drive stalled, and Christian Chavez converted a 25-yard field goal to make it 14-3 with 1:51 remaining in the half.

The Panther defense stopped the Coyotes to get one more possession before halftime, but PV couldn’t get anything going and had to punt.

The Coyotes blocked the kick and took over at the Panther 9-yard line with four seconds remaining before halftime. Roswell hit a 26-yard field goal as time expired to make it 17-3.

“We were riddled with unforced errors. That’s what really bothers me,” Howell said. “Kids will make errors, but we were making errors that were unforced. We got lucky, because we could have been run out of the building.”

The Panthers started the third quarter well and made it a one-possession game when Elijah Gamboa scored from 2 yards out with 8:44 left in the quarter to make it 17-10.

“We put a good drive together and methodically marched down the field,” Howell said. “It was a nice, healthy drive where we ran the ball and mixed it up.”

But with 3:35 left in the third quarter, the Panthers were hit for a safety when the snap for a punt sailed over the kicker's head and into the end zone.