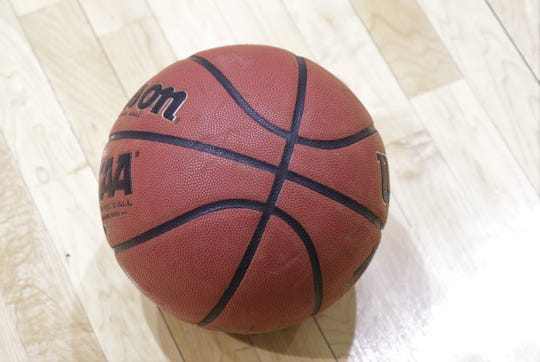 FARMINGTON — Ryan Dee’s drive to win basketball games is insatiable, and he’s done plenty of that.

And after going 6-10 during the 2017-2018 season, he tallied back-to-back 13-win campaigns, including the second of his two league titles.

Dee, who also went 16-1 with a league title coaching the Tsé Bit A'í girls in the 2017-2018 season, looks to prolong such success as Aztec’s next boys basketball coach.

“I was never apprehensive about it. I never looked at the past. I’m always up for a challenge,” Dee said. “I embrace obstacles. It’s motivated me to do better. When I go through tough times, I know how to get out of it.”

“We have to do the little things right,” Dee said. “That’s something I will emphasize. Each possession will count, every free throw will count in the end. I have a whole playbook the last six years.”

Dee also looks to incorporate various pressing defenses, from the 2-2-1 to the 3-2 and box-one schemes, to frustrate opposing shooters and force turnovers.

Dee also said he wants to see Aztec overcome tough times, such as stringing together consecutive wins after enduring a losing streak.

“I want them to be resilient,” Dee said. “It doesn’t matter how you start, it matters how you finish.”

Aztec’s last playoff appearance in boys basketball came during the 2010-2011 season, in which the Tigers won 16 games.

And Dee’s driven to right the ship.