Navajo Prep has a strong outing on defense, also hits some well-timed corner 3s Friday at the Eagles Nest in Farmington.

FARMINGTON — The Navajo Prep Lady Eagles had another strong outing on defense, topping Sandia Prep 58-36 tonight at the Eagles Nest in Farmington.

Navajo Prep, which improved to 12-1 this season, is giving up just 37.8 points a game on defense.

The Lady Eagles had plenty of key stops, swiping at the ball in the passing lanes and along the baselines. And despite a slower start on the scoring end, Navajo Prep pulled ahead for good with some well-timed corners 3s in the second half. 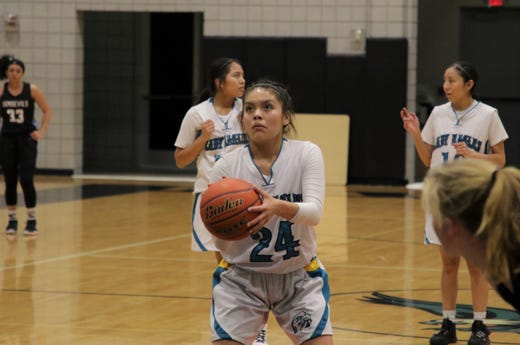 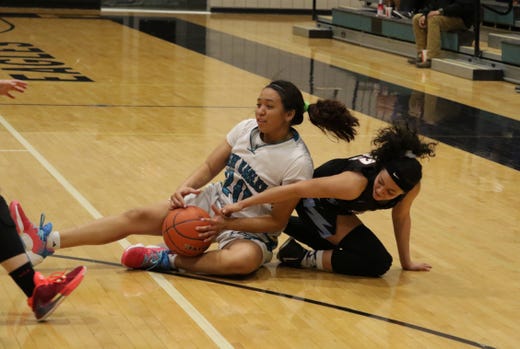 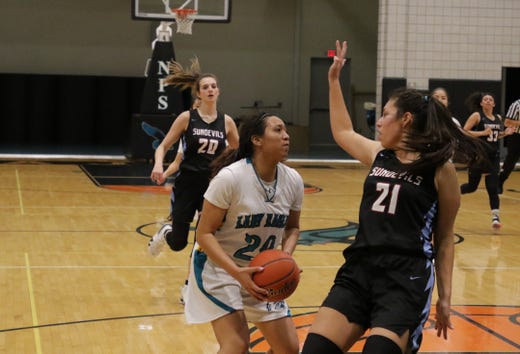 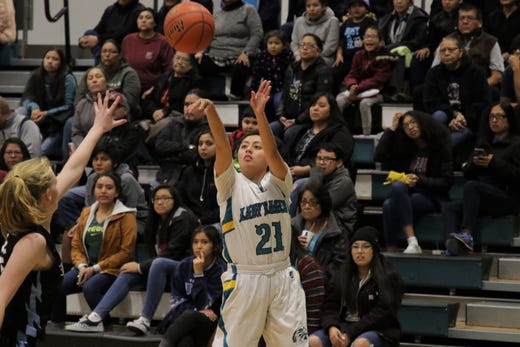 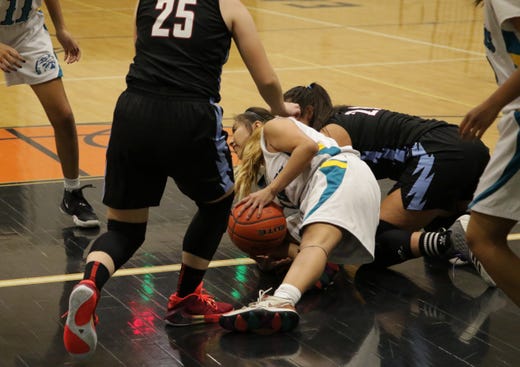 Navajo Prep's Laila Charley looks to get rid of the ball while on the ground against Sandia Prep during Friday's girls basketball game at the Eagles Nest in Farmington. Matt Hollinshead/The Daily Times
Fullscreen 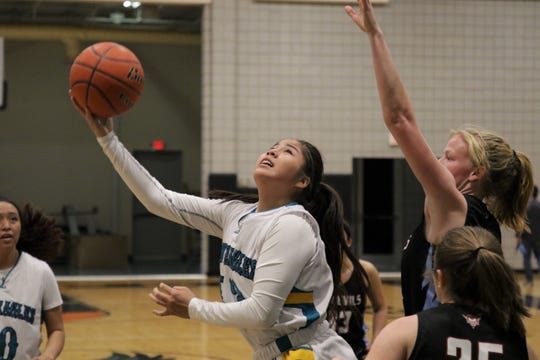 The Broncos won 49-43 tonight at Jerry A. Conner Fieldhouse in Farmington.

Kirtland (8-7) snapped a three-game losing streak, while PV (3-13) still has yet to win a home game this season.

The Eagles got off to a quick start in the opening minutes, but couldn't hold off the Sundevils in tonight's 60-47 loss in Albuquerque.

Navajo Prep generated a 15-5 lead to start the game, highlighted by back-to-back 3-pointers by Lance Morris. However, Sandia Prep took over from there by hitting some key 3s of its own and by getting to the foul line.

Navajo Prep (7-7) has lost four of its last five games.

The Lady Tigers had another rough game on the scoring end, losing 31-18 tonight.

Aztec's offense is averaging just 20 points a game in its last four overall. Aztec (5-10) has now lost five of its last six games.

Visit www.daily-times.com for the latest basketball scores in and around San Juan County.