Duo comes through in key moments, guiding PV to the District 2-5A tournament title. 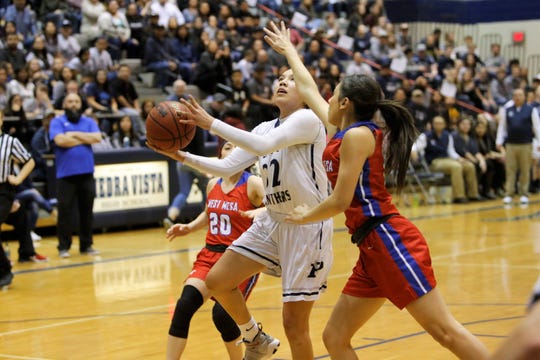 FARMINGTON – Piedra Vista’s Tai Tai Woods and Lanae Billy delivered in key moments when it mattered, guiding the Lady Panthers to the District 2-5A tournament title in tonight’s 42-40 win over West Mesa.

Woods knocked a pair of 3-pointers from the right corner late in the second half, and also had a critical layup attacking the rim point-blank.

Billy stripped the ball away near half-court and drove in for a key layup and later got a last-second stop by forcing a contested shot.

PV (24-3) now awaits where it’ll be seeded in this year's 5A state tournament. The brackets will be released at 6 p.m. Sunday online at nmact.org. 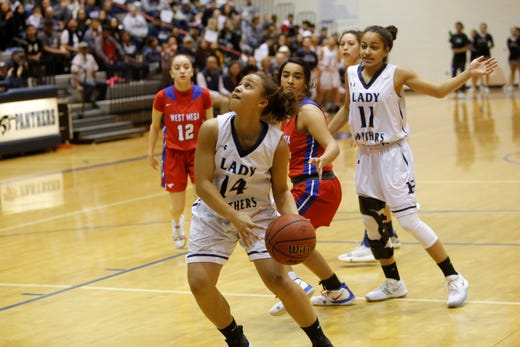 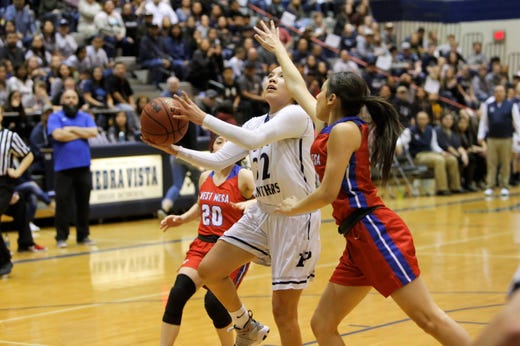 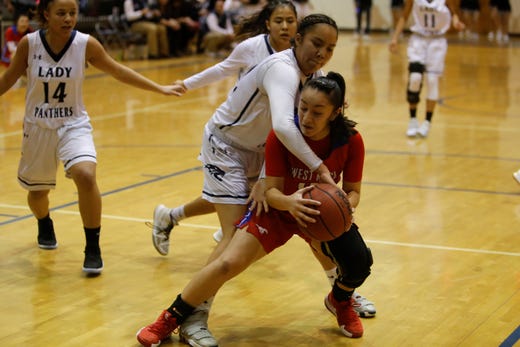 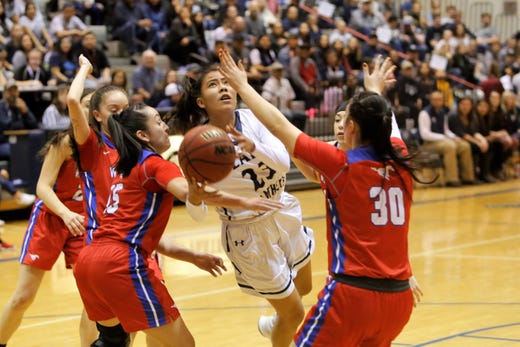 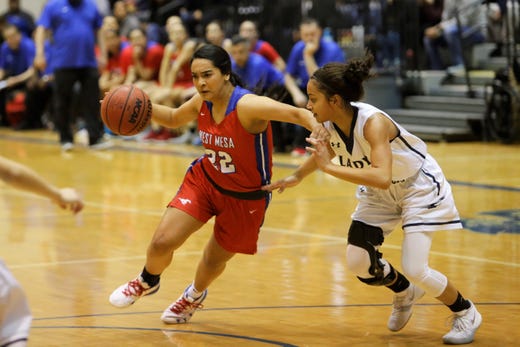 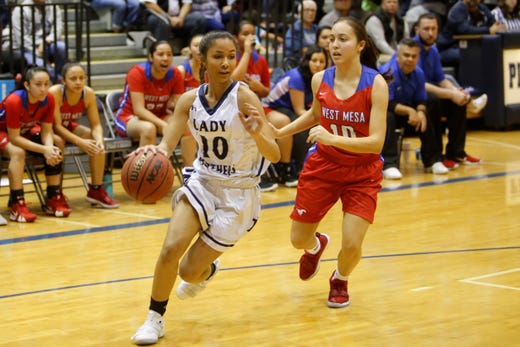 Thoreau scored some key points in bunches to top Navajo Prep 48-45 tonight at the Eagles Nest.

THS opened and ended the first quarter with little 5-0 runs, and later drained key free throws as the second half went on. And every time Prep (19-8) began clawing back, Thoreau responded with key jumpers.

The Eagles, meanwhile, struggled all night from the perimeter. Prep made just two 3s in the first quarter. Three more critical 3-pointers rimmed out during the final seconds of regulation.