PV has burning will to clinch district outright

Lady Panthers adamant winning District 2-5A title will further help case for No. 1 seed at state

PV has burning will to clinch district outright 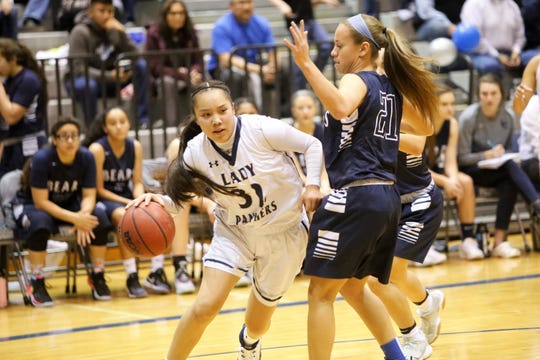 FARMINGTON – Piedra Vista has that burning will to secure the District 2-5A title outright, and nothing less.

And, after escaping with a 49-48 win over La Cueva on Wednesday to at least clinch a share of district, coach Joe Reed cringed at the thought of a district tiebreaker game with West Mesa. In that scenario, that game would be played Monday.

Mathematically, PV (22-3, 6-1) would’ve clinched district on Wednesday had it beaten Farmington back on Feb. 4.

The desire to secure that top spot in district Friday at FHS, and not play in a district tiebreaker, is strong because of what’s at stake.

The No. 1 playoff seed in this year’s 5A state girls basketball tournament is on the line. PV believes clinching district would further help its case for the top spot, since it’s already generated quite a stout resume.

“It’s going to be pretty important because we’re trying to get a good spot in the bracket so we don’t have to play Hobbs or West Mesa. I think we’re going to get it,” point guard Elaina Watson said.

PV also demonstrated it can blow out and win close battles over those squads.

“There’s not another 5A team that has beaten the teams that we’ve beaten. I think we’ve put the best resumé’ out there,” Reed said. “I want (that No. 1 seed) for them. They’ve worked really hard for this chance.”

This is PV’s chance to exact revenge on Farmington, get the job done and further prove its case as the top team.

“I expect us to come out hungry and compete at the highest level,” Reed said. “I’m fully confident in our girls at all times, no matter the circumstance.” 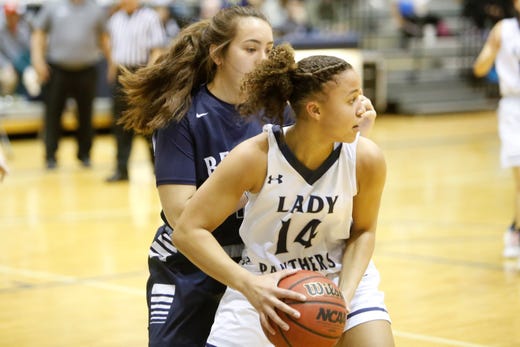 Piedra Vista's Celina Watson looks to pass the ball back out to toward the perimeter against La Cueva's Teona Savic during Wednesday's District 2-5A game at Jerry A. Conner Fieldhouse in Farmington. Matt Hollinshead/The Daily Times
Fullscreen 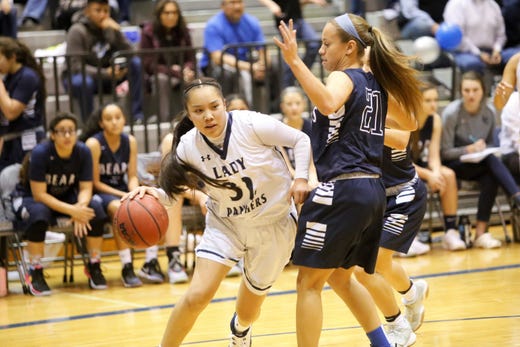 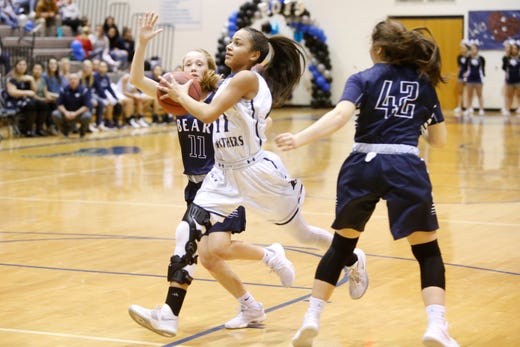 Piedra Vista's Elaina Watson drives to the basket for a layup against La Cueva's Rylie Ottmann (11) and Teona Savic (42) during Wednesday's District 2-5A game at Jerry A. Conner Fieldhouse in Farmington. Matt Hollinshead/The Daily Times
Fullscreen