FARMINGTON — Destiny Walther and Kara Watchman helped turn the Bloomfield girls basketball team into one of the most dangerous squads in the state during their high school careers.

Now, they will try to recreate that magic at the next level after signing letters of intent to play for Haskell Indian Nations University earlier this month.

Haskell is located in Lawrence, Kan., and competes in the National Association of Intercollegiate Athletics. The team went 13-16 during the 2016-17 season.

Both Walther and Watchman said the decision to go to Haskell was more about the position the university can put them in for success after school with getting the chance to keep playing basketball as a bonus.

"(Haskell) has what I want to be — it has options for me and what I want to do," Watchman said. "It also has a lot of Native American (studies), and it's a really good school." 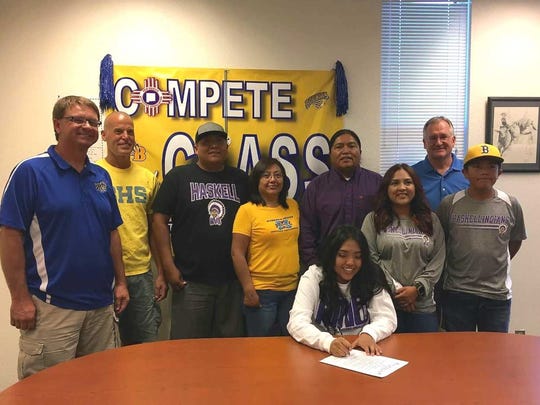 Walther and Watchman, who are best friends away from the basketball court, said having the other in Kansas will help smooth the transition to the college game and the adjustment of living away from home for the first time.

"I feel like it's not going to be a lot different because I have my best friend with me," Walther said. "And on the court, we have this connection that no one else has."

As two of three seniors on Bloomfield's team last season, Walther and Watchman played a key leadership role while also serving as two of the team's top scoring options. 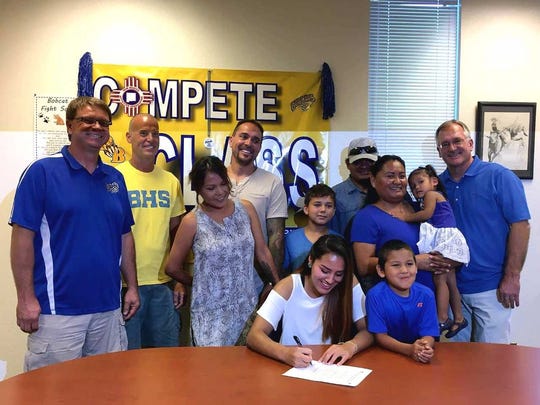 They created a dynamic post-guard duo for the Lady Bobcats. Walther's game in the post often forced opposing defenses to collapse into the paint, allowing for kick-out opportunities to Watchman and the other Bloomfield guards on the perimeter. Watchman also opened up the defense for Walther, driving the lane and dumping the ball to Walther when the weak side defender came to help.

Walther said she plans to use Haskell as a stepping stone to a larger university. She hopes to transfer to an Ivy League school to major in the sciences with hopes of becoming a radiologist.

Watchman plans to major in business administration with hopes of being her own boss and owning her own business.