Piedra Vista picked up a massive win for its program, handing defending 6A state champion Volcano Vista a 54-49 loss. 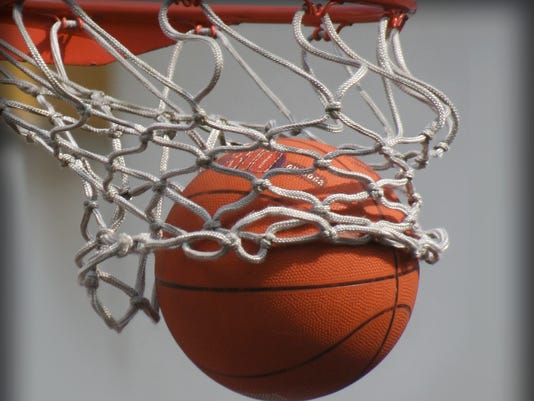 ALBUQUERQUE — The Piedra Vista girls basketball team picked up a massive win for its program tonight, handing defending 6A state champion Volcano Vista (11-8, 1-2 District 1-6A) a 54-49 loss at the Jerry A. Conner Fieldhouse.

The win is PV's first against a 6A opponent this season.

"I told the girls at halftime that we're starting to reach our potential," PV coach Joe Reed said. "The last three games, we've kind of been down and not shooting it very well, but shots started falling tonight, and helped us build momentum and confidence."

Senior Elli Wright owned the night, pouring in 22 points and grabbing 10 rebounds in the win.

Junior Dani Russo, who has been playing out of position to fill gaps left by injury, recorded a double-double of her own, finishing with 10 points and 11 boards.

"Elli was a beast tonight. She killed it on the boards," Reed said. "We're still playing without a true point guard, and Dani stepped in. She had quite a bit of turnovers, but she did a lot more good than bad tonight."

Aztec still isn't playing the kind of defense that helped the Lady Tigers get off to a 5-2 start to the season, but they were much better against Gallup tonight than they were against Farmington on Tuesday.

The bounce back was a product of the defense getting back to basics, according to Aztec coach Robert McCaskill.

"We moved, we had rotation," McCaskill said. "We sustained a defensive stance and kept up the defensive intensity for more than two passes. So we played marginally better on defense. But we still have a long way to go to get back to where we were earlier in the season."

The Lady Tigers made a concerted effort to take care of the ball in the fourth quarter, and that helped them maintain an 8- to 10-point lead for most of the final frame.

After snapping a five-game losing skid with an upset win over Aztec on Tuesday, the Lady Scorpions suffered a letdown in allowing a third-quarter lead to slip away against Miyamura on the road tonight.

The Lady Scorpions (7-12, 1-3) fell 35-30 to the Lady Patriots despite leading by as many as 5 points in the third quarter. For Farmington, the unraveling was triggered by turnovers.

"We turned the ball over and took bad shots," Farmington coach Brady Rivers said. "They ended up going up by 2, then I got a technical and they went up by 4, and that was kind of the game."

FHS got it back to within 2 inside the final two minutes but was forced to foul after that, and Miyamura didn't slip up at the free-throw line in nailing down the win.

Lyla Denny dropped a team-high 12 points for Farmington, and Chloe Finch had 10.

The Lady Scorpions head to Bloomfield (14-4, 3-0) on Tuesday to play the district-leading Lady Bobcats.

The Navajo Prep girls basketball team had a forgettable night, scoring a mere 17 points in a 31-17 nondistrict loss to Laguna Acoma tonight in New Laguna.

Prep coach Rainy Crisp said Laguna Acoma (13-5) did a good job defensively against her squad, but ultimately, the Lady Eagles (10-7) failed to step up to fill the void left by Martinique Larvingo, the team's starting point guard who missed the game with a hand injury.

"We didn't have anyone really step up," Crisp said. "It was a great opportunity for the girls to step up, and the bench did a little bit. They did all they could, but without the starters doing more, it was tough."

Prep will have a few days to recover from the loss, getting back on the court Tuesday when the Lady Eagles travel to Thoreau for a District 1-4A tilt with the Lady Hawks (9-10, 0-1).