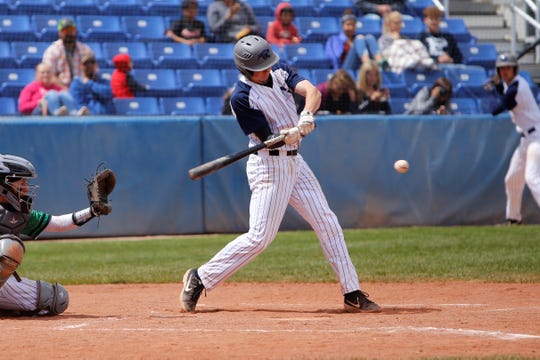 FARMINGTON — Even after a blazing fast start, Piedra Vista’s bats didn’t drop their guard against Farmington in Saturday’s District 2-5A twin bill.

After a seven-run outburst led to a 7-3 Panthers win in Game 1, Carson Davis’ walk-off three-run double capped off a 12-11 comeback win for PV in Game 2.

The Panthers overcame a 10-2 deficit in the nightcap game to secure the sweep.

In Game 1, a triple by leadoff hitter Nate Swarts triggered PV’s seven-run barrage in the first inning. Matt Swarts and Davis both drive in a pair of runs soon after to put the game away.

Despite trailing 10-2 after three innings in Game 2, PV knocked in some deeper shots and gradually clawed back.

FHS led 11-9 with one out left in the bottom of the seventh, but PV managed to load the bases. From there, Davis crushed it and unloaded the bases. 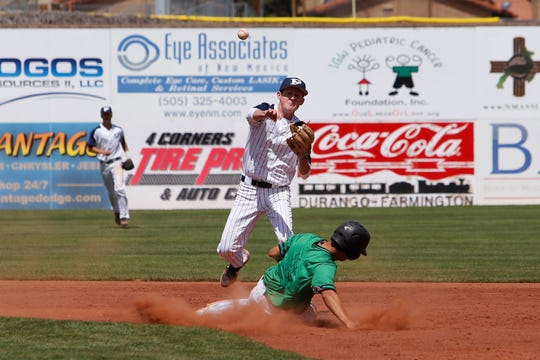 Piedra Vista's Kason Foster throws to first base to complete a 6-4-3 double play against Farmington during Saturday's District 2-5A game at Ricketts Park in Farmington. (Photo: Matt Hollinshead/The Daily Times) 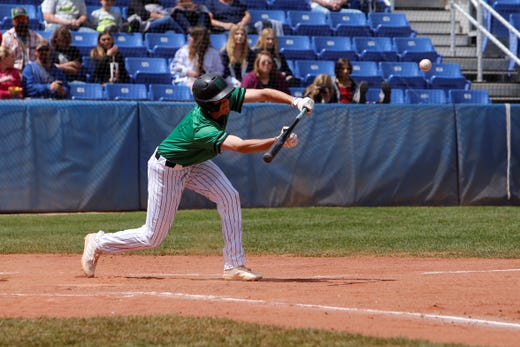 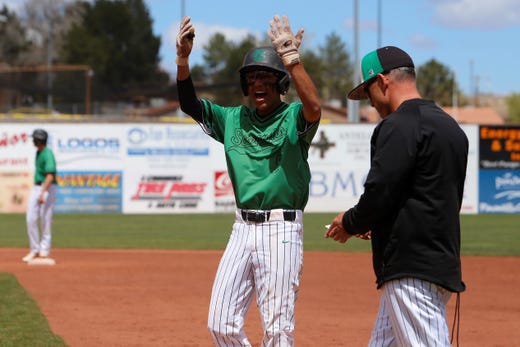 Farmington's Jacob Darwin gets the dugout fired up after getting on first base against Piedra Vista during Saturday's District 2-5A game at Ricketts Park in Farmington. Matt Hollinshead/The Daily Times
Fullscreen 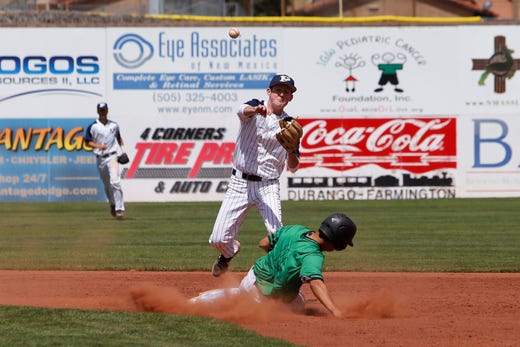 Piedra Vista's Kason Foster throws to first base to complete a 6-4-3 double play against Farmington during Saturday's District 2-5A game at Ricketts Park in Farmington. Matt Hollinshead/The Daily Times
Fullscreen 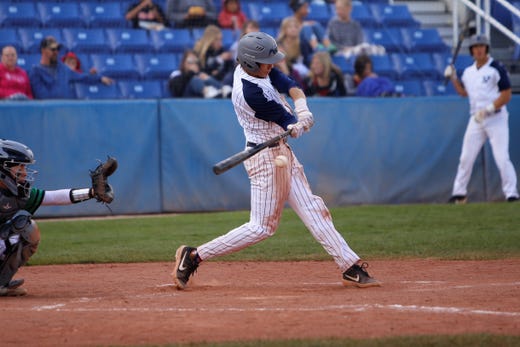 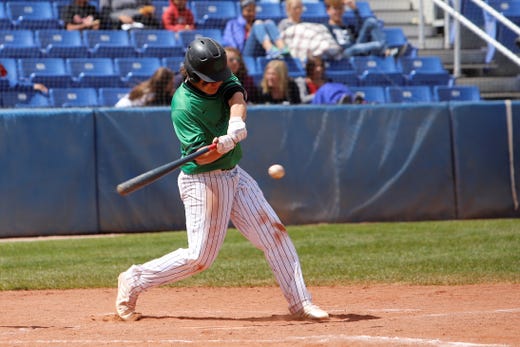 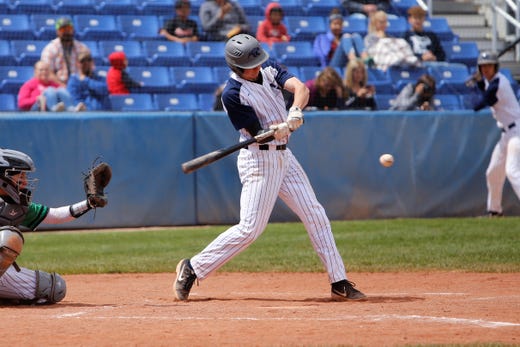 The Tigers hammered Shiprock 16-3 in Saturday’s District 1-4A baseball contest at AHS, while the Broncos topped Miyamura 7-1 Saturday’s at KCHS.

The two sides will do battle for first place in district 4 p.m. Tuesday at Aztec.