After drawing criticism during the season, the Connie Mack City League is looking for ways to better the league. 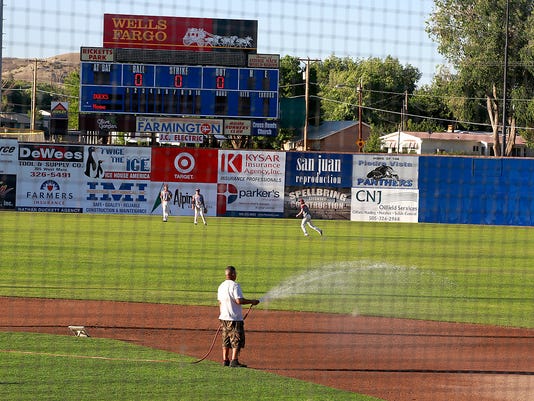 FARMINGTON — The Connie Mack City League wrapped up last weekend with a successful City Tournament that saw Strike Zone earn a bid to the Connie Mack World Series. But the league was not without its share of struggles and complaints during the season.

The Farmington Amateur Baseball Congress, the governing body of amateur baseball in Farmington, implemented changes to the league this year, both by choice and after being forced into some unpopular situations.

Three of the biggest issues that arose this year were the increased cost to register for the league, moving games from Ricketts Park to the Piedra Vista High School baseball field and the use of a blind draw to seed the City Tournament, which sends its winner to the CMWS.

The cost of playing in the league increased from last season when teams paid a flat fee of $1,500 for entry into the league, which included six games. If teams played more than six games, they were required to pay an additional $60 for each game added.

The reason Alexander and other coaches felt the cost of the league was too high is their belief that the amount teams paid did not match the quality of the league. 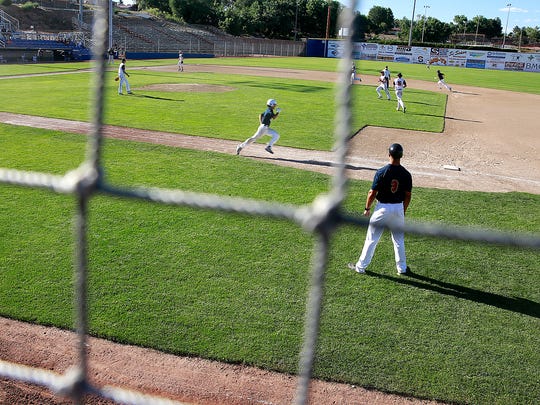 Martin Bayless, the president of the FABC, said the new player fees were used to give the league a better understanding of how much the league cost per player and to clear up questions around the financial side of the league’s operations.

“A lot of the costs we came up with this year were based on hypothetical numbers of what we thought things were going to cost — and we weren’t too far off,” said Bayless, who hired a certified public accountant to keep the league’s books this year. “We’re in the process of getting those numbers out and completed. Once we get all of that in there, we’ll be able to tell everybody exactly what it cost to run the league more efficiently than it had been.”

Another issue that arose this year was having teams play close to half of the games at the Piedra Vista High School baseball field rather than at Ricketts Park, where all league games were held in past years.

Farmington Parks, Recreation and Cultural Affairs director Cory Styron said the reason for moving games away from Ricketts Park was to keep the field — particularly the pitcher’s mound and area around home plate and the batter’s boxes — in good condition for the CMWS.

While PV has a quality field, the facility’s lack of amenities drew criticism. It doesn’t have field lights, forcing games to be played in the afternoons and creating a challenge for working families to attend the game. The facility also lacks restrooms, drinking fountains or concessions, and has limited seating for spectators.

“We all know how important this league is to the kids and the community, and it was unfair for them to be put in the situation they were put in,” said Jeff Groves, who organizes and schedules the Connie Mack City League and City Tournament. “It was a solution to the problem, but it may not have been the best solution. And it won’t happen anymore.”

The league was offered the use of Aztec High School’s field, which offers the amenities PV lacks, but Groves said the league chose to use PV and keep the Farmington-based league strictly in Farmington.

The third issue, which Bayless said drew the most criticism from fans, was the use of a blind draw to seed the City Tournament, which, in turn, rendered the games during the regular season inconsequential.

The blind draw has been in use for several years, partly so teams that travel around the region for tournaments aren’t penalized if they miss a game while playing other tournaments. But this year may have been the last in which the blind draw is used.

During the blind draw in the press box at Ricketts Park on July 7, Groves took a poll and asked coaches representing each team in the City Tournament who was in favor of the blind draw. No one raised a hand in support.

Groves said he does not plan to use a blind draw next season and is looking at ways to legitimize the games and the league during the regular season. He also hopes the league will set an example for the younger leagues to follow, which could build the FABC brand.

“Our goal next year is to move in a different direction,” Groves said. “I’m super passionate about fixing the problems we have and bringing everyone in Farmington together. My goal is to run a good league that can mend the bridges between the league and the city. I think Connie Mack has to set the bar, and the younger leagues will follow our lead.”