The Farmington baseball team suffered a heartbreaking loss in its final game of the Coach Bob Invitational. 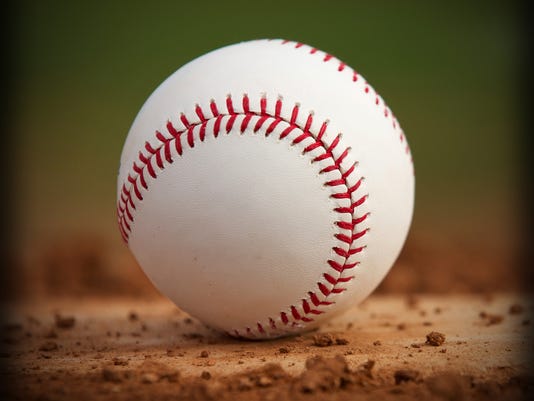 FARMINGTON – The Farmington baseball team suffered a heartbreaking loss in its final game of the Coach Bob Invitational.

The Scorps gave up two runs in the bottom of the sixth inning, losing an intense battle to Arizona’s Deer Valley 4-3 this morning in Phoenix.

Farmington led 3-2 entering the bottom of the sixth. With two outs, Deer Valley hit a flair to right field that dropped just out of the reach of David Saldivar’s glove to score the go-ahead run.

“It was just one of those games that was pretty intense. One of (Deer Valley’s) guys was ejected, we had warnings to both benches, their guy threw a ball behind our head after the warning, it was pretty chippy,” Farmington head coach Sean Trotter said. “To lose it the way we did, and as emotional of a game as it was, it was rough.”

Farmington regained the lead in the fifth, scoring two runs to take a 3-2 lead, before giving up the advantage in the sixth.

“Overall, I’m definitely pleased with our performance,” Trotter said. “It was pretty typical of this club. There’s a lot of fight in them, and I’m proud of the effort, we just have to figure out a way to win those games.”

The Scorps closed the tournament with a 2-3 record. Two of the three losses came by one run.

Farmington finished the game against Deer Valley with seven hits, led by senior Ethan Secrest’s 2 for 3 performance with an RBI triple.

Trotter said the trip to Phoenix was a good learning and bonding experience for the Scorps.

“You get to take a miserable bus ride, and then you're stuck in a hotel with each other for four nights, then, even with a day like today with the loss, the dugout was good. They picked each other up," Trotter said. "It was just a good week. How can you complain? I thought our kids played pretty dang well this week.”