FARMINGTON – Aztec’s Princess Altisi made it back to the state girls wrestling 160-pound finals, but she again couldn’t get past Miyamura’s Nancy Rodriguez.

Rodriguez, who beat Altisi in last year’s finals, won the title 11-3 today after Altisi had to forfeit due to injury.

Rodriguez got off to a fast start with one takedown and one nearfall during the first period, seizing control from there.

Despite the final outcome, Altisi, who transferred from Shiprock, has three more years to potentially win the blue trophy.

Farmington’s Dante Norberto reached the 285-pound division finals in 5A. 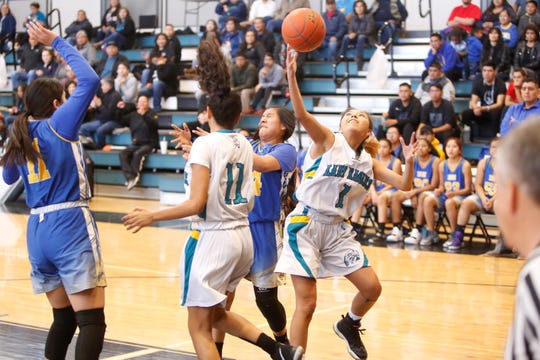 The Lady Eagles handled business en route to a 72-25 win over Zuni today at the Eagles Nest.

The game time and location was changed to today due to snow.

The Lady Eagles will host one of the two District 1-3A tournament semifinals games on Wednesday. 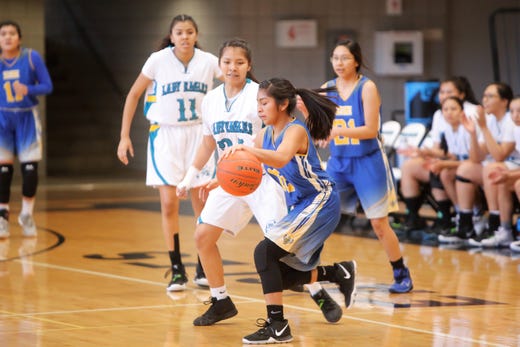 Navajo Prep's Amber Garcia looks to get a defensive stop against Zuni's Kyliegh Lucio during Saturday's District 1-3A game at the Eagles Nest in Farmington. Matt Hollinshead/The Daily Times
Fullscreen 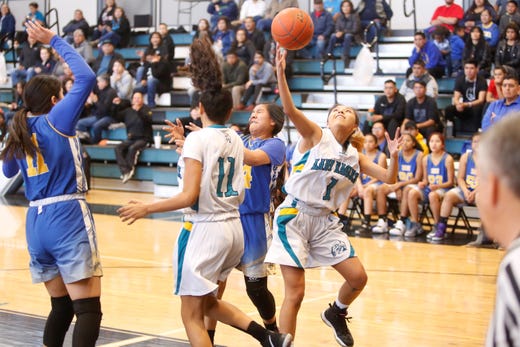 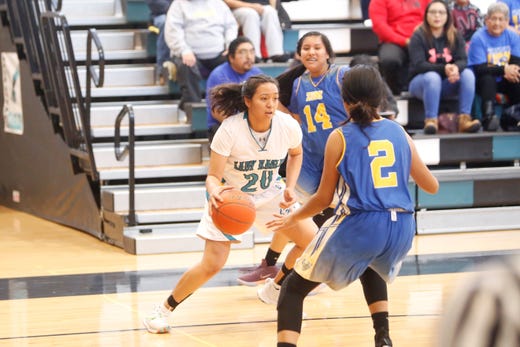 Navajo Prep's Aiona Johnson drives toward the paint against Zuni during Saturday's District 1-3A game at the Eagles Nest in Farmington. Matt Hollinshead/The Daily Times
Fullscreen

The Lady Broncos topped Bloomfield 55-38 Friday at Bobcat Gym to go unbeaten in District 1-4A.

Kirtland will host one of the two District 1-4A girls basketball tournament semifinals matchups 6 p.m. Wednesday at Bronco Arena.