The NMAA will vote Thursday on potential move from district to conferences that will include schools from different classes in the same conference. 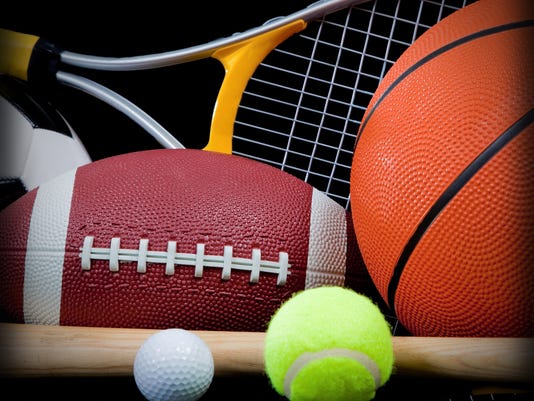 FARMINGTON — The New Mexico Activities Association will hold a vote that could drastically change the landscape of high school athletics on Thursday.

Earlier this year, the NMAA voted to move to a five-class format — apart from football, which will be 2A through 5A with eight-man and six-man divisions — but potentially the biggest changes will come with the vote to eliminate the current district format in favor of conferences that would span different classifications.

Conference lines would be based on geography.

For example, a possible northwest conference could feature Farmington and Piedra Vista, which would be 5A programs, along with Aztec, Bloomfield, Kirtland Central, Shiprock, Gallup and Miyamura, all of which would likely be classified as 4A. Classification lines — and, in turn, conferences, should the vote pass — will not be drawn until the NMAA has the 40-day enrollment numbers for the 2017-18 school year, which will be available in October.

Frank Whalen, the athletic director for the Farmington Municipal School District, said part of the reasoning for the potential change would be cutting back on travel for teams in their district schedules. The changes would put less of a financial strain on school districts and would cut down on the time students miss in the classroom because of travel.

However, the change could force schools like PV and Farmington to spend more time and money on travel for their nonconference schedule so they can play teams in the 5A classification.

McGaha expressed concern about scheduling nonconference games with larger programs that would boost PV's strength of schedule and allow his players to receive exposure to better competition. He said he has had trouble in past years trying to get Albuquerque Public Schools to add the Panthers to some of its schools' schedules, and getting APS to send teams to Farmington for regular-season games is a struggle.

"Let's face it, APS already doesn't send anybody ... APS has already been playing a quote-unquote conference schedule for years," McGaha said. "I've asked (APS) for eight years to play La Cueva. The La Cueva coach (Gerard Pineda) has requested it every year. We've been able to play La Cueva one time after personal requests for eight years. After eight years I can't get a home-and-home (series) with La Cueva. It's additional costs for APS."

Other topics up for discussion at the NMAA meeting will include what the cutoff will be for classifying schools based on enrollment, adjusting the number of games teams can play in the regular season, how many teams make state tournaments, eliminating district tournaments and adjusting the NMAA calendar concerning the overlapping of seasons.