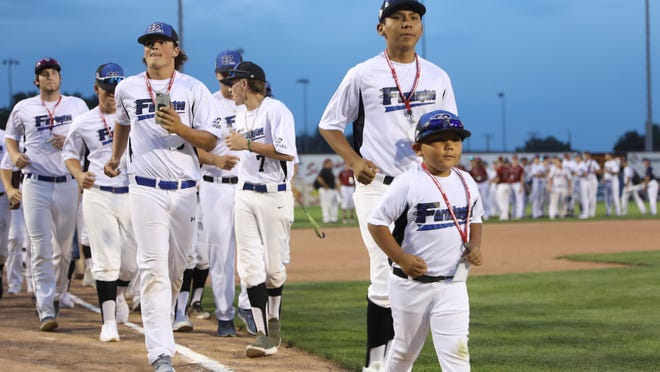 Note: As the host team, the Farmington Fuel receives a bye during pool play

Renegades/Tigers loser has a bye

Game 6 winner has a bye

Game 8 winner has a bye

Notes: All double-elimination games will be played at Ricketts Park. And as the host team, the Farmington Fuel were given a bye during pool play.

After 14 long years of existence, the Fuel finally won the City Tournament and punched its ticket to the CMWS. The Fuel will be this year’s host team.

The Fuel was on the cusp of getting a qualifying bid in 2017, but blew a 4-1 lead against the ClubSox in the 2017 City Tournament finals and lost 5-4.

Driven by that fateful night all summer long, the Fuel, coached by Kim Carpenter, beat Flat Bill in the City Tournament finals. The Fuel’s bid also marks the first time in CMWS history that two Farmington teams will play in the annual tournament.

After winning the Mountain West Regional tournament in Cheyenne, Wyoming, the ClubSox earned a CMWS bid.

The ClubSox, coached by Mike McGaha, will play on the big stage in front of the hometown of Farmington for the third time in four years.

The Nighthawks, hailing from Colton, California, qualified for the CMWS for the second time in the last three years after winning this year’s Arizona National Qualifier. This also will be their second CMWS appearance in program history.

Coach Ruben Montano has spent the last 22 years at the helm.

The Bombers, who are from Hamden, Connecticut, will make their third straight CMWS appearance after winning the North Atlantic Regional Qualifier.

The Bombers are coached by Greg Simler.

Hailing from Dallas, D-BAT Bonesio has played in plenty of big tournaments in its neck of the woods. And now the program is making back-to-back CMWS appearances after clinching an automatic berth.

The Tigers, who will make their fourth CMWS appearance overall since 2007, were named co-champions alongside the East Cobb Yankees back in 2016. A 90-minute rain delay promoted the American Amateur Baseball Congress, which governs the tournament, to declare both teams co-champions.

The Tigers, who won this year’s Houston National Qualifier, made it to Farmington four times since 2007.

The Hoots, who hail from Danville, California, are back in the series. Chris Declercq takes over head coach duties for longtime coach Don Johns, who retired after 27 seasons following the 2017 CMWS

After falling to the Midland Redskins in last year's championship series, the Hoots, who won this year's West Regional Qualifier, look to finally secure their first title since 2000.

The Legends, who are from Miami, will make back-to-back CMWS appearances after winning this year's Miami National Qualifier. It's also their seventh appearance overall since 2007.

The Legends are coached by Carlos Marti.

Frozen Ropes' 18U team, coached by Danny Florence, returns to the CMWS for the first time since 2014.

Lamorinda, which comes from northern California, earned a Last Chance bid to the CMWS. Lamorinda is coached by Kevin Stanley.

Lonestar, which is from Hutto, Texas, punched its ticket to the CMWS after winning the South Plains Regional Qualifier. Lonestar is coached by Steven Mazur.

Note: De'Alessandro and Milam both wear No. 9, according to Mazur

The Redskins, from Cincinnati, eye back-to-back CMWS titles after securing an automatic bid to the tournament. This year marks Midland's 36th CMWS appearance in program history.

The Knights, who are from Nashville, will make back-to-back CMWS appearances after winning this year's Mid America Regional title.

The Knights are coached by Coby Ginsberg.

The Dodgers, who are from South Troy, New York, earned an automatic bid to this year's CMWS.

The Dodgers, led by coach Kevin Rogers, will play in Farmington for the eighth time since 2000.

The Renegades, who are from Huntington Beach, California, earned an automatic bid to the CMWS. It will be their sixth CMWS appearance in the last seven years.

Jeff Brown has taken over for Si Pettrow as the head coach. The Renegades last won the tournament in 2012.

The Stix, who are from Grapevine, Texas, will make back-to-back CMWS appearances after winning this year's Dallas National Qualifier.

The Stix are coached by Brett Ray.

Wilson Sandlot, a 17U team, is coached by Rob Gorrell.