Panthers ground Hawks in 6A quarterfinals

Piedra Vista knocked off Centennial in the 6A baseball quarterfinals today in Albuquerque.

Panthers ground Hawks in 6A quarterfinals 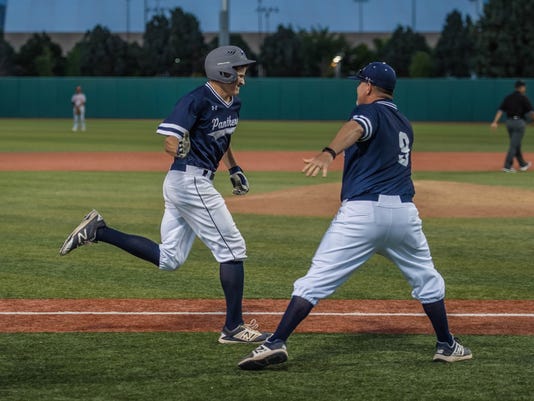 ALBUQUERQUE — The Piedra Vista baseball team advanced out of the quarterfinals at the state baseball tourney for the first time in three years, knocking off Centennial 4-1 tonight at Santa Ana Star Field.

The Panthers turned in an all-around strong performance, but two players stood out among the rest.

While Ferrari provided the offensive punch, junior pitcher Chase Silseth, who has been PV's No. 1 option all season, was at his best.

"He's nasty. He's filthy nasty. There isn't anybody better than him," PV coach Mike McGaha said of Silseth. "Obviously, (Carlsbad's) Trevor Rogers is going to be a first-round draft pick, but he's a 6-(foot)-5 left-hander who runs it up to 97 (mph). (Chase) has as good of an arm as anyone in the state of New Mexico and he's a 16-year-old junior. He's good."

Silseth allowed a handful of baserunners all night. He gave up two hits, a walk and hit a batter, and one Hawk reached on an error. Silseth only allowed one baserunner in the third through seventh innings. 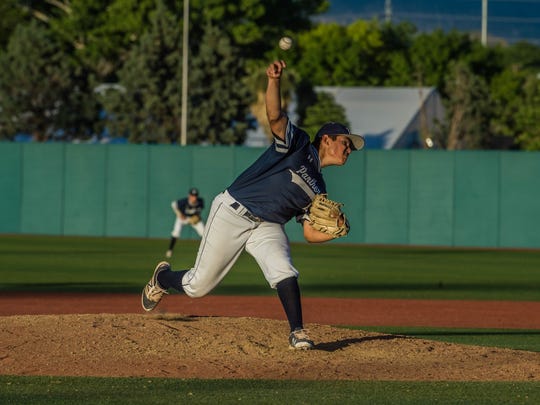 "It was just a case of going up against Chase Silseth," Centennial coach Rusty Evans said. "He was on tonight and threw an excellent game. He worked both sides of the plate, changed speeds on us. When you run into an arm like that in this situation, it'll get you."

Centennial took a 1-0 lead in the bottom of the second inning. After an error, a hit batter and a single, the Hawks had the bases loaded for Jordan Seniceros, who drove in a run with a ground ball. The Hawks had a chance to add to its run total, but stranded runners on second and third to end the inning.

The Panthers pulled even in the bottom of the third when Ferrari found the gap in right-center field for a triple. As Ferrari was coming into third base on his feet for a stand-up triple, Centennial's throw to the bag was off target, bouncing away from the third baseman and out of play to allow Ferrari to go home for the run. 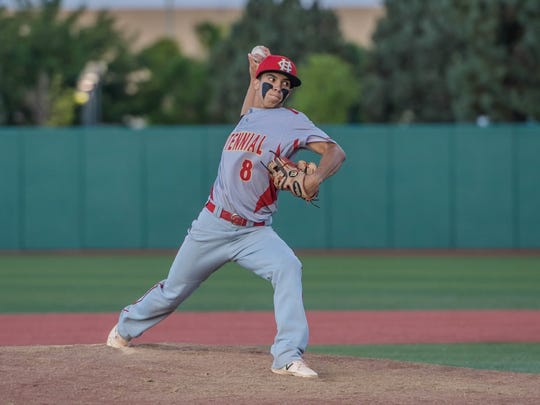 With two outs in the fourth, Centennial pitcher Junior Peña gave up back-to-back walks to bring Ferrari back to the plate. With a 2-2 count, Peña left a fastball over the plate that Ferrari belted over the left-field wall for a three-run home run.

Ferrari has been one of the best hitters in PV's lineup all season, spending most of his time in the cleanup spot. But he struggled to produce at times during district action, prompting McGaha to move the senior to the eighth spot in the order.

"I moved Devin out of the cleanup spot to take some pressure off of him, and I felt like he was a little lighter out there," McGaha said. "We wanted him to take some pitches and not press as much, and that's exactly what happened."

The win moves PV into the semifinals where the Panthers will face District 1-6A foe Cleveland at 3 p.m. Friday at Isotopes Park. Cleveland beat PV 4-2 and 2-1 in their two meetings this season.