Bloomfield's Joseph McConnel was the only bull rider in the competition to ride in all three rounds on Oct. 4 and 5, accumulating 246 total points. 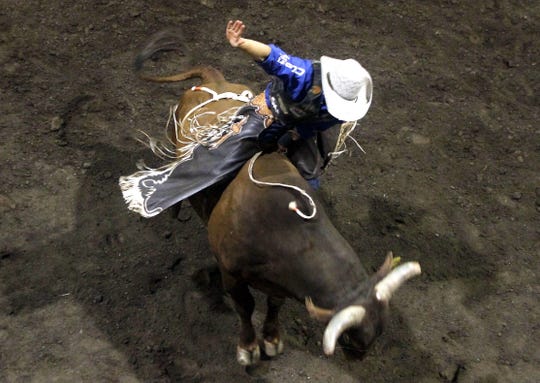 FARMINGTON – Bloomfield’s Joseph McConnel punched his ticket to nationals after a strong outing at the Turquoise Circuit Finals Rodeo on Oct. 5 in Prescott Valley, Arizona.

McConnel was the only bull rider in the competition to ride in all three rounds. He tallied a combined 246 points, including an event-best 86.5 points in the opening round.

"That ride set the pace for the weekend,” McConnel said in a press release of his first-round performance. “I needed something to get the momentum going. ‘Soul Seeker’ bucked and helped me get my first-round win.”

The RAM National Circuit Finals Rodeo will be held on April 2-5 at Silver Spurs Arena at Osceola Heritage Park in Kissimmee, Florida.

The second grade squad will wrap up the 2019 Young America Football League season at 9 a.m. Oct. 12 at Aztec YAFL Field. The Storm are 6-0 entering the season finale.