FARMINGTON — The City Council voted unanimously Tuesday to award an eight-year contract to CH2M to run the... 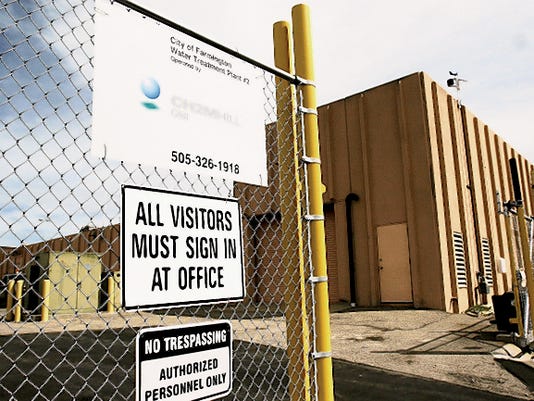 FARMINGTON — The City Council voted unanimously Tuesday to award an eight-year contract to CH2M to run the city's water and sewage treatment infrastructure.

City officials on Tuesday would not disclose how much the city will pay CH2M each year under the contract. Kristi Benson, the city's purchasing supervisor, said the city must keep that information confidential, according to state statutes, until Mayor Tommy Roberts signs the contract.

The last eight-year contract the city signed with CH2M in 2007 was for approximately $4.7 million annually, Benson said. That's about $37.6 million total. The city also approved a contract with the Portland, Ore., company in 1999, she said.

Public Works Director David Sypher said the city staff recommended that councilors approve another contract with CH2M because, among other reasons, it already knows how the city works. That institutional knowledge is valuable, he said.

The city notified 60 other companies that it was looking for a contractor to run its water and sewage treatment plants, and collection and distribution lines, but none responded. One company said it didn't want to spend time applying because it didn't think the city wanted to change contractors, and another said competing with CH2M is hard, according to city documents.

"We put out (a request for proposals) to several firms," Sypher said. "We mailed them out to people. We contacted people. And we only got one response."

He said the city has had a great relationship with CH2M.

But in September 2014, under CH2M's watch, a valve at Water Treatment Plant No. 2 that regulated water intake from Farmington Lake malfunctioned. Untreated lake water surged into the plant, flooding catwalks and lapping at the back of the front door. At first, officials worried that the city's drinking water was contaminated. But it was not, they discovered.

Sypher doesn't believe CH2M was responsible for that issue. The incident instead showed the company was prepared, he said. Sypher checked the plant's maintenance logs, and CH2M workers had performed all necessary maintenance inspections of the old equipment. He also said the company responded to the emergency well.

At the end of the council meeting Tuesday, Roberts said CH2M more recently showed why it is a good company. After the Aug. 5 Gold King Mine spill, Roberts said the local knowledge of the firm's staff was in demand when county, state and federal officials sought information.

"We appreciate that professionalism, and it has been a great value to us," Robert said.