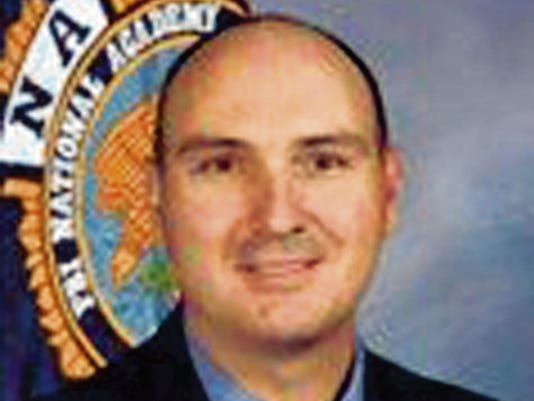 FARMINGTON — A New Mexico Law Enforcement Academy official has determined that a former San Juan County Sheriff's Office captain lied in investigations of his alleged use of department-issued ammunition in a trade for an off-road motorcycle.

But an ongoing lawsuit filed last year against San Juan County Sheriff Ken Christesen states the accusations are "bogus" and "nothing more than retaliation" against former Capt. Shane Utley. Three other former employees also claim in the lawsuit that Christesen retaliated against them with unjust demotions and work-place harassment because they didn't support his re-election campaign last year.

Utley declined to comment for this story. Efforts to reach his attorney, Michael Mozes, on Friday, were unsuccessful.

According to records from the law enforcement academy hearings dated Aug. 2, Utley traded an AR-15 rifle, a shotgun and ammunition for each firearm in December 2013 for a Honda dirt bike.

Utley testified in the hearing that he didn't know the ammunition belonged to the Sheriff's Office and that Capt. Brice Current had given it to him, according to the records.

But Hearing Officer Peter Camacho stated in the records that Utley "knew or should have known" the ammunition belonged to the Sheriff's Office. Current also denies he gave Utley the ammunition, according to the records.

Current, former-Undersheriff Ron Anderson, the sheriff's office, and the county and its board of commissioners are also named as defendants in the lawsuit against Christesen.

In the law enforcement academy hearing, Camacho also determined that Utley had lied about his involvement in cutting down two separate shotgun barrels to make a sawed-off shotgun for use on the SWAT team.

"Some of 'em mentioned that you made a sawed-off shotgun and it ... is or was in use by SWAT," Captain Cory Tanner said to Utley in a Sheriff's Office internal affairs investigation, according to the academy records.

"I didn't take no freakin' hacksaw to no department shotgun," Utley later said, according to the records.

But in a letter to Jack Jones II, the academy's director, in which he described his need for a sawed-off shotgun, he said, "I even took the barrel to (the) machine shop and cut it down," according to the records.

Camacho said Utley committed "acts that indicate a lack of moral character," which would "adversely affect his ability to exercise the duties of a certified law enforcement officer," according to the records.

The academy's board is scheduled to review Camacho's recommendations in deciding whether to suspend or revoke Utley's law enforcement certification.

Utley reportedly filed a response to the academy findings, but numerous efforts to obtain the documents on Friday were unsuccessful.

Christesen described the lawsuit filed against him as "a little bit of truth" mixed with lies. And the recent discoveries about Utley shake the credibility of the claims in the lawsuit, he said.

"I think you're finally starting to see some truth about what's going on," Christesen said.