Letters to the editor, and an apology

Readers weigh in on learning to golf and holiday volunteering, and former Secretary of State Dianna Duran apologizes.

Letters to the editor, and an apology 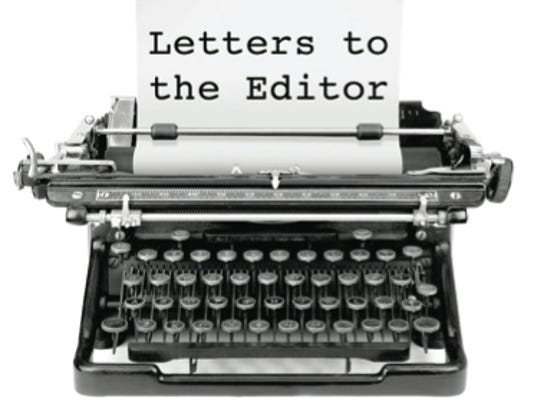 Letters to the Editor(Photo: Courtesy)

Editor's note: The following letter was submitted by former Secretary of State Dianna Duran's attorney to comply with a sentence Duran received after pleading guilty to using campaign donations to gamble at casinos. The sentence includes 30 days in jail, which Duran started serving on Friday, restitution, in-person apologies to campaign donors, presentations to students and civic groups about her mistakes and this letter to New Mexico residents, which is to be published in six New Mexico newspapers.

An apology from Dianna Duran

I cannot begin to express how deeply sorry I am for my transgressions and the damage I caused to the public's trust in public officials. I only hope the people of the state of New Mexico will move forward and someday forgive my actions which were not borne out of greed but rather a result of very tragic personal circumstances which led to some very poor decisions on my part. I have not made excuses for my actions. I have simply tried to explain the circumstances which led to my transgressions. I only hope the people of this great state find it within themselves to forgive me.

Thanks to volunteers who helped Salvation Army drive

A heartfelt thanks is extended to the many Farmington High School students and FHS alum who volunteered the first three weeks in December and helped to organize, prepare and distribute the hundreds of food boxes and toy bags that were delivered to needy families on Dec. 16.

It was a lot of work and Salvation Army relies on volunteers to get it done. It's refreshing to see that the spirit of volunteerism is still alive and well in today's youth. Again, a big thanks to you Farmington High students who gave of your time and shared in the holiday spirit.

Webelos enjoy a day at the golf course

It is lots of fun to be Webelo Scout leaders for Pack 341. One of the requirements that the boys have is to try a sport that they have never tried before. The boys voted to learn golf.

When we arrived, everything was set up and in place for the boys' lesson. There was almost one on one instruction.

The boys had a wonderful time! They putted, rode in golf carts, and learned how to drive balls on a driving range. This is certainly an activity that they will remember.

We would like to thank Mr. Hickman and his helpers; Renae and Marcus for sharing their time and expertise with a group of 10-year-old boys. What a positive way to encourage these boys to play golf.

Thanks to Salvation Army leader for organizing Thanksgiving dinner

I just wanted to compliment Lt. Bill Simon of the Salvation Army for the wonderful time I had helping serve Thanksgiving Dinner this year.

I served once a few years ago but because the experience was so unpleasant, I vowed never to help again. This year was Lt. Simon's second year of being in charge and the new leadership is awesome. This year was very organized and nice. As long as he is in charge, I will help every year.

Turn up the heat at the Farmington Aquatic Center

My wife and I have been annual members of the Farmington Aquatic Center for 16 years and swim laps multiple days each week. For the past several months, the water temperatures in the main pool have been highly variable, tending to be too cold for comfortable swimming. A digital thermometer that we have brought to the pool has shown temperatures most frequently at 80 or below, but ranging from 78 to 82 degrees. Cold water temperatures, coupled with locker rooms that are almost always cold and showers that often do not exceed tepid temperatures, leads to unpleasant swimming experiences. We routinely inform the pool staff when we feel that the temperature is too cold and when it feels comfortable.

The United States Water Fitness Association recommends temperatures between 78 and 80 degrees only for highly competitive swimming teams, and 83 and above for most other activities. They state that the average water temperature for an indoor multi-purpose pool (such as the Aquatic Center) in the USA is 84 to 86 degrees. USA Swimming states that 83 to 86 degrees is the most comfortable for water fitness and general aquatic programming. They also recommend 78 to 80 degrees only for competitive swimming. The American Red Cross recommends a temperature of 78 degrees for competitive swimming. The U.S. Department of Energy states that 78 to 82 degrees coincides with good fuel savings, but that this may be too cold for young children and the elderly, who may require a temperature of 80 or higher.

Today, my wife was informed by front desk staff that, in order to save money, the pool would no longer be heated above 80. Rather than saving money, it is likely that this will lead to a loss of revenue as people who find the pool to be too cold stop using it,especially during the winter.

It is a shame when a facility such as the Aquatic Center, which exists solely for the use of the public, fails to consider the comfort and safety of its users in its management paradigm. Apparently, customer service is not the top priority. Perhaps a customer satisfaction survey is indicated.