For far too long, New Mexicans have been told to choose between a strong economy and protecting our air and water. That is a false choice. 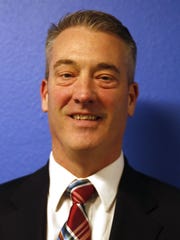 For far too long, New Mexicans have been told to choose between a strong economy and protecting our air and water. That is a false choice. We can and must do both.

Some like to call the oil and gas industry the “goose that laid golden eggs.” I think another old saying is more appropriate: “don’t put all your eggs in one basket.” The energy industry certainly plays a significant and important role in the state’s economy and generates tax revenue.

But as those of us in northwest New Mexico know all too well, the industry is constantly at risk to booms and busts that put our economy at risk. Given that volatility, we must not needlessly squander our natural resources or pollute our air and water in the process.

About 10 years ago, the Supreme Court of New Mexico found that the Oil Conservation Division did not have the authority to issue fines when an operator violated the law. Instead, the agency has to appeal to the Attorney General’s office in hopes that the AG will go to court for an enforcement action. We can have a robust energy sector and healthy communities, but we need key regulatory improvements such as methane rules to get there.

As a result, New Mexico went from issuing $500,000 to $850,000 in fines annually to issuing no fines at all last year. Over that same time period, the number of spills jumped up 100 percent – and more than 500 percent over the last two decades, according to a recent report by Earthworks.

New Mexico deserves better, and we must develop our energy resources responsibly. Thankfully, state leaders have laid out a bold – and sensible – new agenda that will protect our resources, invest in our future and in the health of our families.

First, Sen. Richard Martinez’s Senate Bill 186 would restore the OCD’s fine authority bringing fine levels in line with neighboring states such as Colorado. We must put energy development and the health and future of our state on equal footing. Second, Gov. Lujan Grisham has proposed a methane waste rule that is critical to ensuring the responsible development of our resources.

About five years ago, NASA researchers discovered a methane cloud the size of Delaware hovering over the San Juan Basin. Two subsequent federal studies confirmed that oil and gas development was largely responsible for that methane cloud. While a handful of companies have chosen to implement cost-effective technologies that reduce methane, most do not.

Some have also touted a drop in federally estimated and industry-reported emissions, but the latest available science demonstrates that the oil and gas industry’s methane emissions are 60 percent higher than federal estimates, and since methane is the main ingredient of natural gas, more emissions mean less natural gas is brought to market and less tax revenue. One report found that methane waste costs the state $27 million in revenue for education every single year.

We cannot afford that waste. House Speaker Brian Egolf talks about a “moonshot” for education funding, and we can’t get there if we continually lose oil and gas tax revenue from wasted natural gas.

Third, the New Mexico Oil Conservation Commission recently decided to revisit a midnight rule by the previous administration to change well spacing rules in the San Juan Basin. I am glad the commission decided to take a balanced approach that values community input.

As New Mexico’s leaders understand: protecting our resources, cutting waste and investing in our future all go hand in hand.

Victor Snover is the mayor of Aztec.