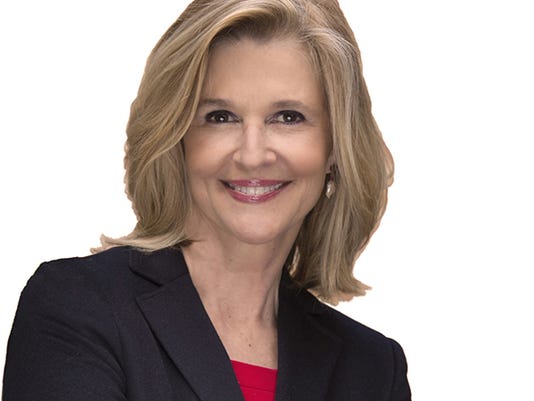 You know Rudy – the eccentric, sometimes batty, uncle who lives in the attic? One thing about Rudy, he always seems to know when family gatherings are becoming tense and descends to the rescue with some gibberish to lighten the mood.

What would we do without him?

Uncle Rudy used to be New York City Mayor Rudy Giuliani long before becoming Donald Trump's attorney. What a difference 17 years makes. The commanding leader who helped America navigate the horror of 9/11 is again making the TV rounds, but this time he seems to be speaking English as a second language. Quite a few cable anchors were at risk of reversing their Botox injections as they attempted to follow what he was saying.

Someone must have whispered in his ear, because Monday afternoon, Giuliani called into Fox News' "Outnumbered" to try to explain what he had said earlier in the day on CNN and "Fox and Friends." You might need a notepad to follow this.

On CNN, Giuliani had talked about a pre-meeting of Trump aides to discuss a strategy for the infamous June 9 meeting that took place a few days later at Trump Tower with Donald Trump Jr., Jared Kushner, Paul Manafort and members of a Russian delegation.

But, apparently, there was no such pre-meeting, Giuliani tried to explain on "Outnumbered." He said he had heard about it from reporters, who had apparently heard about it from Michael Cohen, Trump's previous attorney who now appears willing to cooperate with the Robert Mueller investigation. Giuliani said he'd only brought up the pretend pre-meeting because he was trying to get ahead of the story. (Believe me, I'm making this easy for you.)

But now, he wanted to unwind the whole thing because apparently there wasn't going to be any story to get ahead of. In other words, his third-hand information via reporters via Cohen was, apparently, false.

In his morning "Fox & Friends" appearance, Giuliani also had talked about collusion. Again, Cohen is reportedly prepared to tell Mueller that the president knew ahead of time about the June 9 meeting, which, if true, could suggest collusion with the Kremlin to interfere with the 2016 election. Unless Cohen or someone else can provide corroborating evidence, then Trump's denial stands.

Giuliani scoffed at the notion that Trump knew of the meeting, and the attorney added that he doesn't believe collusion is against the law. "I have been sitting here looking in the federal code trying to find collusion as a crime," he said during the "Fox & Friends" interview. "Collusion is not a crime."

Later on CNN, he said, "I don't even know if that's a crime – colluding with Russians. Hacking is the crime. The president didn't hack. He didn't pay for the hacking."

Technically, Giuliani is correct that there's nothing in the U.S. legal code directly related to "collusion," and the word is not even mentioned in the administration memo that appointed Mueller as special counsel. But, as lawyer Giuliani surely knows, conspiracy to defraud the United States, if found to be the case, would be a criminal offense under 18 U.S.C. 371.

Giuliani's convoluted dodge brought to mind the 1972 burglary of the Democratic National Committee headquarters at the Watergate complex and President Richard Nixon, whose fate revolved around a similar, operative question – what did he know and when did he know it? If Nixon knew in advance of the burglary, then he'd have been at least a co-conspirator if not an accessory to the crime. It has never been conclusively established that he did know beforehand, though he certainly did lie and participate in an attempted cover-up.

One can imagine that had Giuliani been Nixon's attorney at the time, he might have mused: "I have been sitting here looking in the federal code trying to find 'knowing about' as a crime. ... I don't even know if that's a crime – knowing about a break-in. Burglary is the crime. The president didn't burgle."

Trump may not have known about the Russian meeting in advance – and we may never find out. Giuliani did have one moment of lucidity when CNN's Alisyn Camerota asked whether he could be sure that Trump didn't know of the meeting: "Nobody can be sure of anything," he said.

And, also, this: "What I think and what I know may be two different things," Giuliani told Camerota.

No one would argue with that — to be sure.