Milbank: Crank up the siren: Scott Pruitt has an emergency

Turn on the flashing lights and crank up the siren: Scott Pruitt has an emergency.

Milbank: Crank up the siren: Scott Pruitt has an emergency 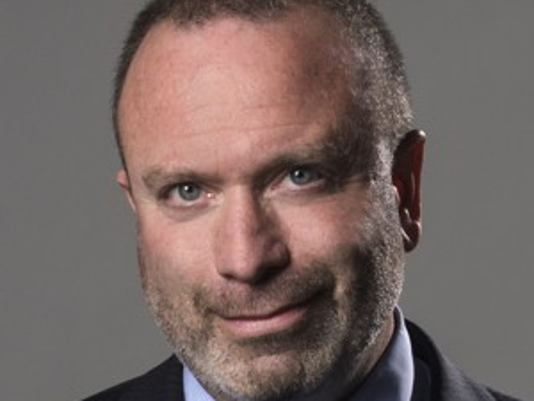 WASHINGTON – Turn on the flashing lights and crank up the siren: Scott Pruitt has an emergency.
President Trump's embattled EPA administrator is an important man. He does not like to wait in traffic. So, according to CBS News, he let it be known that he wanted his security detail to use police lights and sirens when taking him to the airport, meetings and social events – even though such emergency equipment is for, well, emergencies.
Confronted Wednesday by a Senate committee, Pruitt said the siren-and-lights thing was a false alarm.
"There have been reports that you encouraged the use of lights and sirens on your motorcade even though there wasn't an emergency," said Sen. Tom Udall, D-N.M..
"I don't recall that happening," Pruitt maintained.
Udall rephrased. "You personally requested that on a number of trips," he charged.
"No," Pruitt insisted. "I don't recall that."
It was then that Udall revealed a just-released February 2017 email from Pruitt's head of security, Pasquale "Nino" Perrotta. Subject: "Lights and Sirens." The body consisted of one line: "Btw – Administrator encourages the use."
Throw that log on Pruitt's five-alarm blaze of cartoonish corruption, as his explanations go up in smoke.
The $3 million, 24/7 security detail that accompanied him to Disneyland and the Rose Bowl? Pruitt suggested that came from a threat assessment, but the EPA's inspector general reported this week that Pruitt requested the protection when he started the job.
His $43,000 soundproof phone booth? The Government Accountability Office said last month that it violated the law.
The EPA official who served as Pruitt's personal real estate representative? Pruitt said she did that on her own time, but he admitted Wednesday he didn't pay her for it – possibly making it an illegal gift.
He is the subject of no fewer than 15 investigations by various federal entities. Actually, make that 16: Udall requested another Wednesday, into the EPA allegedly using taxpayer money for partisan social media.
The president, and many congressional Republicans, have stuck with Pruitt, presumably because he has proven skilled at dismantling the EPA. But is there nobody else who can dismantle the EPA without acting like he's the Sultan of Brunei?
"I am concerned that many of the important policy efforts that you are engaged in are being overshadowed," Sen. Lisa Murkowski, R-Alaska, advised Pruitt.
Ya think?
There's his affection for first-class travel, because, as Perrotta put it, "we believe that the continued use of coach seats for the Administrator would endanger his life."
There's his sweetheart deal on a $50-a-night D.C. condo, leased from the wife of a lobbyist.
There's his trip to Morocco, arranged by a lobbyist who then won a contract from the Moroccan government.
There's the stacking of EPA advisory committees and the prioritizing of projects recommended by donors and lobbyists.
There's the attempted exploitation of the Safe Drinking Water Act to give raises to top Pruitt aides, and the Pruitt friend who got a top EPA job but didn't show up at work for months.
There are also the bulletproof vests, biometric locks, office decorations, luxury hotels, dubious trips and more.
Udall, usually one of the mildest members of the Senate, denounced Pruitt as "disastrous" and "a betrayal of the American people."
Sen. Patrick J. Leahy, D-Vt., mocked Pruitt's security ("nobody even knows who you are") and called him a "laughingstock."
Pruitt maintained a placid expression; only his legs jiggling under the witness table betrayed his agitation. He said nothing about ethical problems in his opening statement and, when prompted, said the allegations are motivated by policy disagreements. He blamed his predecessors for failing to develop "processes … to prevent certain abuses." (Maybe a "No $43,000 Phone Booths" sign in his office and an "Emergency Use Only" label on his siren?)
He also blamed the decision for him to have 24/7 security on "law enforcement career officials" – even though emails reported this week by The Washington Post show the decision was made by a Trump political appointee.
Sen. Chris Van Hollen, D-Md., asked Pruitt why, given that he requested 24/7 security on day one, he justified the security by citing an August 2017 report on threats against him.
"That's not the case," Pruitt replied.
No? Just a few weeks ago, Pruitt read from the August 2017 "threat investigation" when asked by a House committee to justify his extensive security.
Pruitt's abuses of office are catching up with him – and no quantity of bodyguards, biometric locks, sirens and flashing lights can protect him.