Thiessen: Veterans deserve better than they're getting

No other nominee to run the VA has seen the plight of our wounded warriors in the war on terrorism up close like Navy Rear Adm. Ronny L. Jackson has.

Thiessen: Veterans deserve better than they're getting 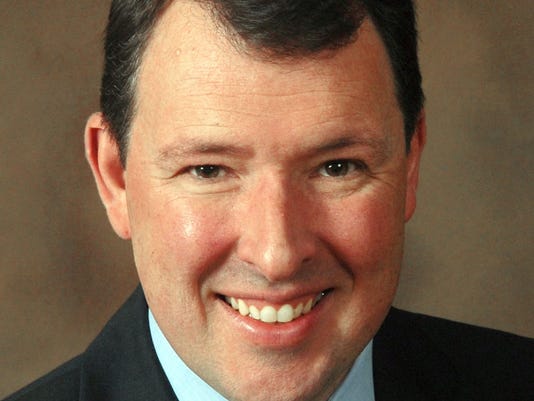 WASHINGTON – As senators consider the nomination of the next secretary of veterans affairs, they should first reflect on the story of an Army veteran named Jason White.
White served our country in Afghanistan, where he was severely injured by an IED explosion. His spine was crushed, and he suffered a traumatic brain injury, but thanks to the skill and training of our nation's brave combat medics, he survived. Yet on his return to the home front, he battled the hidden wounds of war – insomnia, depression and the effects of post-traumatic stress disorder. He was not alone. Four members of his unit killed themselves after they got home. And after struggling with his mental and physical wounds for five years, White decided to do the same. One day in 2016, he came home, put a pistol to his head and pulled the trigger.
He would be dead today if his gun had not jammed.
His wife rushed him to the local Department of Veterans Affairs clinic in Colorado Springs for emergency psychological intervention. Incredibly, she was told that her husband would have to wait six months to see a therapist. As Jason White told the Gazette in Colorado Springs, "They knew I was suicidal, and still it was six months to talk to someone."
Fortunately, a few days later, White was told he could be referred to a private psychologist through the Veterans Choice Program that Congress established in 2014 after a series of scandals in which patients died while waiting for care at VA facilities. He began seeing Dr. Michael Sunich, and that treatment saved his life. "Without him, I probably wouldn't be here," White told the paper.
But Sunich kept a secret from White. He was treating White for free, because the company VA picked to manage the Veterans Choice Program, Health Net Federal Services, failed to pay his claims. Others were not as lucky as White. A November 2017 VA inspector general report found that in Colorado Springs, "staff did not take timely action on consults, did not provide timely care in a response to consults, underreported wait times and inappropriately closed consults" for veterans with for post-traumatic stress disorder. The inspector general further found that "veterans in an estimated 210 consults were inappropriately denied an opportunity to receive care through VHA's Choice Program."
The Trump administration came into office promising to fix this by expanding Veterans Choice. During the 2016 campaign, Trump declared, "Veterans should be guaranteed the right to choose their doctor and clinics, whether at a VA facility or at a private medical center." One reason David Shulkin was fired as secretary of veterans affairs (aside from his ethics violations) was his resistance to the president's desire to expand Veterans Choice.
This is why the president's choice of Navy Rear Adm. Ronny L. Jackson to succeed Shulkin was so inspired. Shulkin was a hospital administrator with decades of management experience, and his predecessor Robert McDonald was chairman, president and CEO of Procter & Gamble. And yet on their watch, Jason White and countless other veterans fell through the cracks.
Jackson understands what veterans such as White are going through because has been a combat medic in the field treating severely injured warriors. He served in Taqaddum, Iraq, as an emergency physician in charge of resuscitative medicine for a forward-deployed surgical shock trauma platoon. He has been there when a helicopter landed carrying a solider whose body had been torn apart by an IED, and he's been covered in their blood as he struggled to stabilize them and save their lives.
No other nominee to run VA has seen the plight of our wounded warriors in the war on terrorism up close like he has. Jackson understands what our vets went through on the battlefield, because he was on the battlefield with them. He understands their mental and physical wounds, because he has treated them.
Jackson's nomination hearing has been postponed because of last-minute allegations that he created a "hostile work environment." Of course, they should be investigated, but it is highly suspicious that, after he served as White House physician for Presidents George W. Bush, Barack Obama and Trump, these allegations are suddenly arising now. Whether Jackson withdraws his nomination or stays and fights, this much is clear: We've tried management gurus at the top of VA, and it didn't work. What VA desperately needs right now is a leader, not a manager.
Veterans Affairs as an institution is bleeding out. It needs a combat medic, stat.