America acts when horrible images of murdered children catch the president's eye, or when bombs send a signal of toughness. 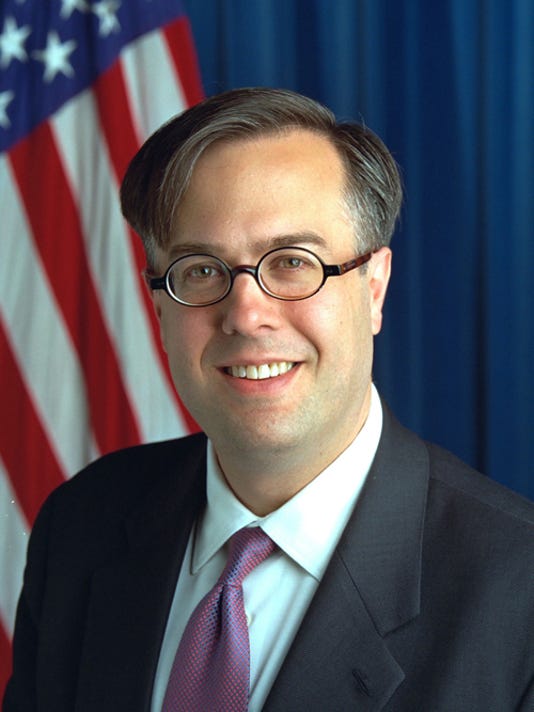 WASHINGTON – There was an unseemly glee on the part of some Trump supporters in the use of the MOAB — Massive Ordnance Air Blast bomb — against a target in Afghanistan. A powerful nation may possess 21,600 pounds of precision-guided death. A great nation uses it only in a spirit of grim necessity.

Yet — considered along with 59 cruise missiles thrown at the Bashar Assad regime in Syria — a useful, kinetic statement has been made. America will no longer be constrained by President Obama's infinitely varied excuses for inaction (which a rational and determined mind can always find). Nor, apparently, will the nation follow Trump's incoherent campaign pledge to disengage itself into pre-eminence, to somehow retreat into greatness.

But a Trump Doctrine is still at the lumpy, unwhisked batter stage of intellectual baking. America acts when horrible images of murdered children catch the president's eye, or when the ordnance employed sends a signal of toughness. This is hardly a turn toward neo-conservatism. But what is it? And how can we know if Trump, in all probability, does not yet know himself?

Uncertainty is not always a bad thing. There should be questions in the minds of foreign powers when they calculate the length of our chief executive's fuse. A president should be reliable in providing a proportionate response to aggression and atrocities. He should also be capable of a disproportionate and decisive response, planting a seed of deathly fear in the minds of America's enemies. (Deterring aggression against Europe during the Cold War, for example, depended on the credible belief that American presidents might be mad enough to use nuclear weapons first if the Soviet tanks began rolling in — effectively defending a continent by promising to irradiate it.)

The existence of real red lines — that North Korea will not have the capability to lob a nuclear missile into the Napa Valley, that the Taliban can't control Kabul, that the Islamic State can't be allowed a permanent, territorial home — are the essential guides to foreign policy. But a post-Iraq-invasion America better understands how expensive (in a variety of horrible ways) an invasion and occupation can be. So every American president — no matter how they campaign — will be faced with the necessity and challenge of degrading threats from a distance.

This is really the post-Cold War American doctrine, on the order of the Monroe or Truman doctrines: When possible, America will pre-empt and prevent emerging threats by strengthening proxies and projecting power from medium to long range. This is the essence of a high-tech, offshore war against terrorism and other sources of grave harm — a policy that not only takes the lessons of Iraq seriously, but that also recalls the lessons of 9/11.

The problem with the Trump administration's foreign policy — as represented in its proposed budget — is that it does not fully understand our threats or the meaning of power.

The existence of the Islamic State is, indeed, a threat. But terrorism is often parasitic, attaching its agenda to local grievances and attempting to ride its proxies to greater power. So al-Qaeda first tries to take root in Sudan, and then more successfully in alliance with the Taliban in Afghanistan. So the Islamic State gathered strength fighting the Assad regime in the ungoverned badlands of eastern Syria before rolling into Iraq.

This makes the fate of failed, fragile and lawless states directly and unavoidably relevant to the conduct of the war against terrorism and the defense against other threats. American interests must be defined broadly enough to include things like the effective delivery of social services in Afghanistan, the surveillance for pandemic disease in rural Tanzania, the construction of classrooms in refugee-stressed Jordan, the settlement of conflict in Libya and the promotion of economic progress in northern Nigeria. Encouraging these outcomes represents another, very real type of American power, exercised from afar (apart from the irenic army of health, development and diplomatic professionals).

It is an absurd misnomer to call the exercise of power in these areas "soft." The matter is simple: Will America merely respond to security threats? Or will it also try to shape the security environments in which threats emerge?

This is the context in which the Trump administration is proposing a 29 percent cut in funding for development and diplomacy, for peace building and conflict prevention. "It is not a soft-power budget," explains budget director Mick Mulvaney. "This is a hard-power budget."

It is really a softheaded, hard-hearted budget. If passed in anything close to current form, no amount of explosive power could undo the stupidity or remedy the harm.