We need to see a written proposal and fiscal analysis before we know the impact – and before we form opinions. 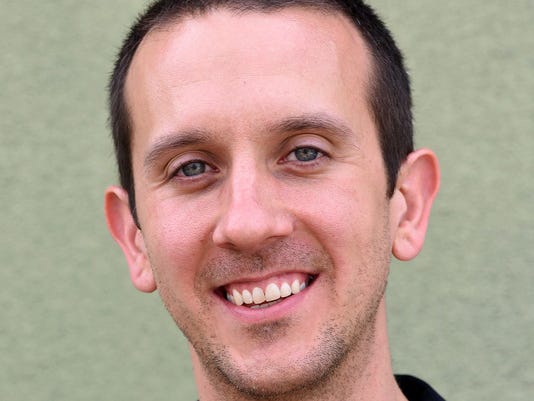 Our state lawmakers are trying to have an important discussion about reforming New Mexico’s flawed gross receipts tax, or GRT. I want to ask those who are standing in opposition without listening to back off.

You may oppose it in the end, but thoughtfully consider what’s being proposed first. When Democratic and Republican lawmakers actually work together, we should hear them out before deciding whether to support their work.

In this instance, a bipartisan group of lawmakers that includes Reps. Jason Harper of Rio Rancho, a Republican, and Bill McCamley of Las Cruces, a Democrat, are working to simplify and improve the GRT – which most of us know as the tax we pay when we buy things at stores. It’s a tax that, with all its exemptions, puts too much burden on consumers and small businesses.

Lawmakers are discussing repealing most of the roughly 380 exemptions to the tax, which would bring in more money for government, and cutting the tax in half, which would reduce what’s collected.

Taxing groceries, which New Mexico stopped doing more than a decade ago, is among the possibilities. But to help poor people, the legislators are discussing exempting those who receive SNAP benefits from paying that tax and expanding rebates for other low-income New Mexicans.

If GRT exemptions were having their intended benefit, our state would be in better shape. This discussion is complicated. It requires transparency.

The last time we did tax reform, a handful of lawmakers and the governor negotiated a secret deal to shift tax burden from corporations to cities and counties. They forced it through in the final hours of the 2013 legislative session with almost no fiscal analysis, scrutiny or debate. Their actions were wrong. There’s little evidence good policy resulted.

This time, lawmakers are involving the public in the discussion. Instead of hearing them out, or even waiting until we have written legislation and analysis to consider, some are already attacking the idea of reinstating the food tax, despite the measures to help poor folks. Their actions threaten to push the debate on GRT reform behind closed doors or kill it.

The group that led the effort to repeal the food tax more than a decade ago, Think New Mexico, is already opposing reinstating it. And Santa Fe Archbishop John C. Wester held a news conference to call the idea of reinstating the tax “obscene” because of our state’s high child poverty.

Media coverage has focused almost exclusively on the food tax. It’s as though we’re discussing only that tax.

The reality is that this is a complex proposal with with many facets. What’s being discussed would exempt the poorest among us from paying tax on food and also reduce the taxes they and others pay on expenses like school supplies and auto repairs. We need to see a written proposal and fiscal analysis before we know the impact – and before we form opinions.

I’m a strong defender of government transparency. I want policymakers to have these conversations in public and involve us in creating the reforms New Mexico desperately needs. I’ve demanded transparency from our government over and over.

But we have the duty to be responsible with the power transparency gives us. We say we want good government. Democracy means debating, listening, working through issues, and compromising.

If we can’t have complex policy discussions in public, we have little chance of addressing our state’s substantial problems and improving the lives of New Mexicans.

Haussamen runs NMPolitics.net, a news organization devoted to hard-hitting, fair exploration of politics and government that seeks to inform, engage and build community. Reach him on Facebook at /haussamen, or on Twitter @haussamen.