Sharpe: At the risk of agreeing with you

Wouldn't there be a far better chance of a consensus solution if we start with where we agree and work from there?

Sharpe: At the risk of agreeing with you 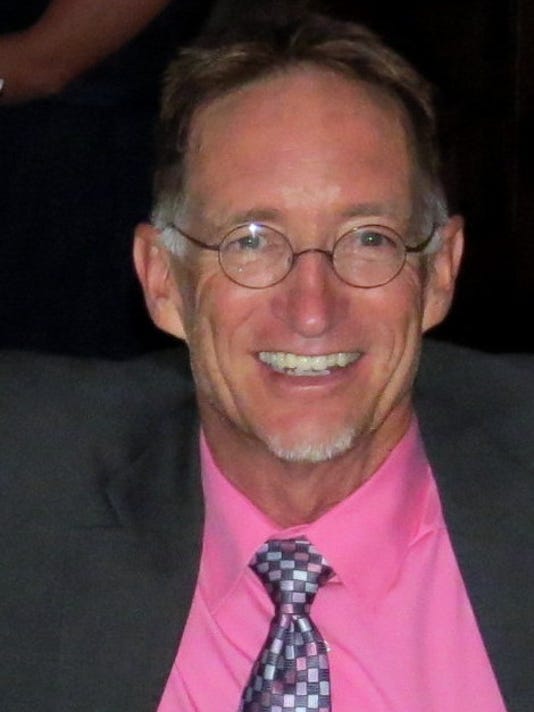 Kaine had answered one of the few questions the moderator was able to get out, and when it was Pence's turn to respond, he said, "Well, at the risk of agreeing with you..."

That statement, unfortunately, epitomizes the current divide in our country on almost every important issue.  Neither side of the debate dares give any credence to the other's position.

Therefore, every "conversation" starts out with each side clinging to and defending their differences of opinion rather than seeking first to find some common ground.  Wouldn't there be a far better chance of a consensus solution if we were to start with where we agree and work from there?

There are few issues with a deeper divide than energy.  On climate change there are Believers and Deniers, on fracking there are Lovers and Haters, and on clean energy, there are Adopters and Skeptics, and never the twain shall meet.  OK, I made some of those labels up, but you get my drift.  Here are a number of things that hopefully we can agree on regarding energy and climate change.

1.    Let’s agree that human activity emits carbon dioxide, and since the start of the Industrial Revolution (ie, the harnessing of energy), carbon dioxide concentrations in the atmosphere have increased from 280 ppm to 380 ppm.

2.    Let’s agree that since the start of the Industrial Revolution, our standard of living and our life expectancy (55 years in 1900 to over 75 years today) have both increased dramatically.  Energy has made our lives far better, and we really don’t want to give up the benefits that energy brings to our world.

3.    Let’s agree that many scientists (the Deniers notwithstanding) believe that the increase in carbon dioxide is contributing to climate change.

4.    Let’s agree that it makes sense to mitigate man’s emissions, especially if it’s done without sacrificing our standard of living, which nobody is really volunteering to give up.  Even if the Deniers are right, reducing man’s footprint can’t be a bad thing for mother earth.

5.    Let’s agree that wind and solar energy will play a significant role in reducing our emissions, and subject to caveat No. 2 above, we want and need more of each in the future. Having said that, nuclear and hydro are reliable zero emissions sources, and we need more of them as well.  However, they are also hated by the environmental obstructionists, so we will stick with wind and solar for the moment, just to avoid that argument.

6.    Let’s agree that it is going to take many decades of significant investments to build enough wind and solar capacity to come even close to meeting our energy needs.  Hillary Clinton has a very aggressive goal that, by the end of her second term, the U.S. will “generate enough renewable electricity to power every home in America.”  According to the Energy Information Administration, wind and solar currently generate about 7 percent of our total electricity use in the U.S.  Of all the electricity generated, 37 percent is used in homes versus commercial or industrial uses.  As aggressive as the goal is, let’s say that it is achievable to increase renewables from 7 percent to 37 percent of the electricity pie in the next eight years.  That means if we want to generate 100 percent of our electricity from wind and solar, it is going to take several decades.

7.    Let’s agree that not everything is electric. With oil being the primary transportation fuel and natural gas being the primary heating and industrial fuel, only 40 percent of the total U.S. energy use is from electricity.  Should a fully electrified nation even be feasible, it would take several more decades to build enough wind and solar to provide 100 percent of our energy use.

8.    Let’s agree that the wind doesn’t always blow and the sun doesn’t always shine, but we want and need electricity all the time.  Every single wind and solar plant currently has a carbon source as a backup to provide you the energy you need when you need it. It is going to take some major breakthroughs in battery technology before wind and solar can be dependable sources of power on a 24-7 basis.

10.    Let’s agree that since we will continue to need oil and natural gas for the foreseeable future, it would benefit America and Americans to produce it domestically.  Product prices will be lower, thousands of jobs will be maintained, billions in taxes and royalties will be paid, our trade deficit will be reduced, and national security will be enhanced.

11.    Let’s agree that as long as you continue to get in your car every morning, you should support oil and gas drilling and the associated fracking that make that drive to work possible. If you are an environmental obstructionist trying to shut down the industry, you will be in a world of hurt if you are successful.

In closing, there may be a day in the future when all energy will be provided by renewables.  While we need to move in that direction, let’s agree that the future ain’t quite here yet.