Reagan: Trump or Hillary or ?

In the final stretch before the election, who wins will be determined by which candidate's voters stay home.

Reagan: Trump or Hillary or ? 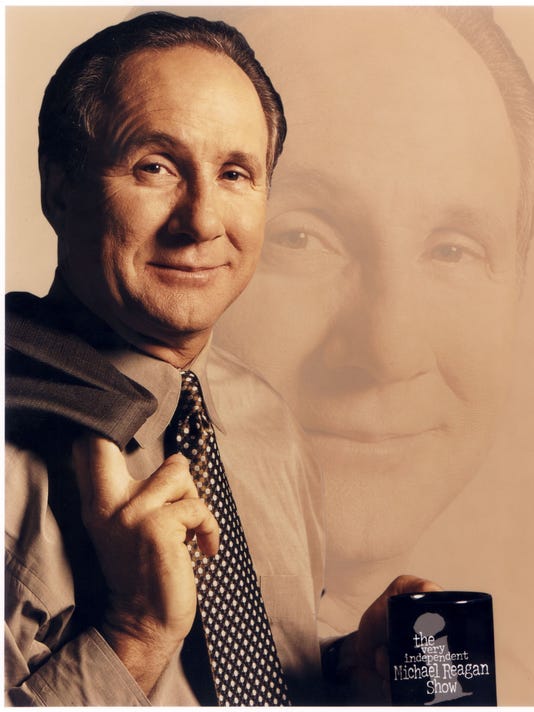 It's after Labor Day.

Now the presidential election is getting serious.

Now is when what the candidates say and do really counts. And now, incredibly, an already depressing campaign is getting worse every day.

No matter who wins in November, we're going to end up with a president that half the country hates and the other half didn't really want to win.

We have Hillary the Crooked still trying to lie her way out of her email crimes like a cheap lawyer.

We have Trump the Unqualified still talking in gibberish about grabbing Iraq's oil, claiming he knows more about ISIS than the generals and trading air-kisses with Vladimir Putin.

Thursday morning we even had Johnson the Pot Head flying his Libertarian Party's campaign plane into a cliff on "Morning Joe" with his already famous "What is Aleppo?" response.

So who's left to vote for — Jill Stein, the mad doctor of the Green Party?

It's sad to say, but Trump, for all his many, many flaws, is still our best choice in an election year that has produced the worst slate of candidates in recent history.

For both The Donald and The Hillary, one of whom will be the next president, this election is no longer about gaining voters for their candidacy. It's all about suppressing the other guy's voters.

Whoever can get the other guy's supporters to stay home on Election Day wins.

If Trump is going to win in the end, it might have less to do with what he says or does than what Citizens United and Judicial Watch do.

The two conservative groups, which have used lawsuits and Freedom of Information requests to get the state department to release Clinton's emails, have caused Hillary much more trouble than Trump or the mainstream media.

There will be more emails coming because of Citizens United and Judicial Watch, plus whatever October surprises WikiLeaks and Julian Assange have coming.

You have to applaud both groups for what they are doing. They are the greatest assets Trump has.

Every time they force an email dump the media are forced to report on it and more Americans hear about Hillary's sloppy email habits and how crooked she is.

The email dumps might very well suppress the voting for Hillary, which, let's face it, is the only way Trump can win.

If you're looking for a good reason to vote for Trump, here's one — unlike Barack Obama, who dislikes America and blames it for every ill known to mankind, Trump loves America.

Here's another: Unlike Hillary, Trump is not a lifelong liar.

With President Trump — who has no ideology but narcissism — at least there's the hope that he'll convert to a conservative and hire people who'll reverse, repeal and repair the damage done by eight years of Obama.