Daily Times Editorial: No permit news from BLM is unsettling

The Secretary of the Interior's order that BLM speed up its drilling permit process had the sound of a thunderclap, but its fury remains unknown.

Daily Times Editorial: No permit news from BLM is unsettling 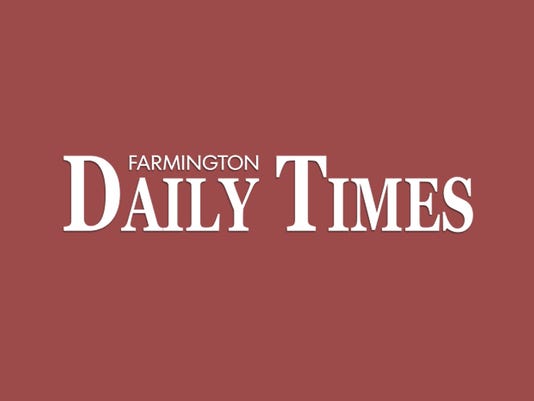 We learned during the summer that U.S. Secretary of the Interior Ryan Zinke wanted to speed along a permit-review process that has bogged down oil and gas exploration in the San Juan Basin and on other public lands. The Daily Times called a top U.S. Bureau of Land Management spokesperson early on the sunny morning of July 6 to ask just how the agency would do that.

The spokesman assured us he had no knowledge about any upcoming permit reforms.

Read: Our view: What’s happening with those permits, BLM?

We advised him to grab another cup of java because his day was about to take a turn.
The secretarial order that came out later that day had the sound of a thunderclap, but its fury remains unknown.

That’s because since that fateful day, until yesterday, no one at the BLM’s press office in Washington, D.C., had provided us any information.

We still don’t know how many drilling permit applications are pending this week. On Thursday, the BLM wrote via email “we expect to finalize those numbers in the next two weeks. Once we have them, we'll be releasing them.”

We also asked for the permit-reform work plan the agency was to send to the Secretary of Energy Policy 45 days after July 6. The BLM declined to release the plan, referring us to the Department of the Interior, because that’s where it sent this public document.

We replied that it made no sense that the BLM couldn’t just send us the work plan it created.

“We generated the doc at the request of the Department,” a BLM communications officer wrote back, complete with the underline and italics. “It was then sent to the Department. Ergo the Department is the correct place to start with questions about the document and to seek its release. Period."

Interior will either sign off on it or "send it back to us for follow up,” the spokesperson wrote.

Got it. We promptly asked DOI for the document.

The BLM did respond quickly to our detailed September Freedom of Information Act request for documentation of the process being used to get rid of the backlog.

In October, the BLM sent us a copy of an agenda for a July 13 agency teleconference, but no other documents of consequence.

In that teleconference, the topic “What are offices doing or contemplating to address Secretarial Order? What assistance do you need from the State Office?” was discussed during the “Fluid Minerals Surface Protection NM, TX, OK, and KS Monthly Call.”

If the BLM is to be believed, no one took notes, issued memos, sent emails or made any reports on this topic between July and September.

Judging by the confirmed fact that the BLM does not presently have firm numbers to share on its permit backlog, we believe the agency — and think that’s not a good situation.

Our other September FOIA request to the Interior department seems more promising.

“We are making progress, however still waiting to receive all records before we can begin processing your request,” the agency wrote Tuesday. “Therefore, we are unable to provide a timeline of completion. Your patience is appreciated and thank you for contacting our office.”

There’s a difference between patience and restraint.

When it comes to getting answers about the status of all those stalled public lands drilling permits — here and nationwide — we’ve run clean out of both.