This may be the year the Legislature sends a proposed constitutional amendment for a state ethics commission to voters. 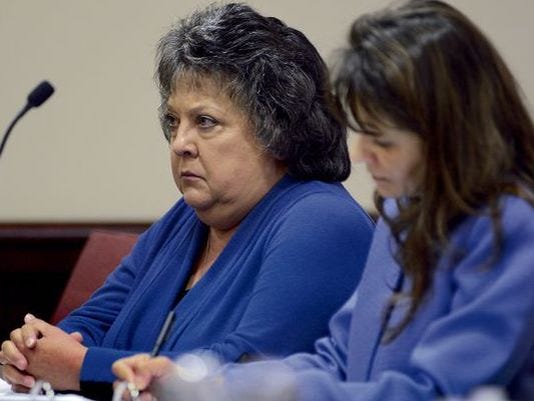 SANTA FE — After two high-profile political scandals in New Mexico in the last 10 months, 2016 may be the year the Legislature sends a proposed constitutional amendment for a state ethics commission to voters.

Sponsored by Rep. Jim Dines, R-Albuquerque, the constitutional amendment would create a nine-member commission and paid professional staff to "oversee the conduct" of the executive and legislative branches of government, lobbyists and state contractors. Dines, an attorney, has crafted the bill so that a licensed attorney would serve as executive director of the ethics commission.

A financial analysis by Secretary of State's Office estimates that startup costs for the commission would be $1.28 million. But some of those expenses could be offset because the ethics commission would take over certain duties now assigned to the secretary of state. Complaints about violations of campaign finance law are just one example.

Momentum for an ethics commission built this winter because of a scandal that ended the political career of New Mexico's previous secretary of state, Republican Dianna Duran. She resigned from office in October and then pleaded guilty to two felony charges of embezzlement and four related misdemeanors.

Duran, who ran for secretary of state on an anti-corruption theme, stole money from campaign donors. She later said she was a compulsive gambler.

Five months before Duran's scandal broke, state Sen. Phil Griego, D-San Jose, resigned from office amid an ethics inquiry by his colleagues in the Senate. They were considering a vote in which Griego could have been expelled for profiting from a real estate deal involving state property.

Dines said the ethics commission he is proposing would make it easier for the public to track and follow complaints about the conduct of those working in or for state government.

The commission would accept only signed complaints, not anonymous one. Dines said it would keep the complaint confidential until receiving a deadline-mandated response from the accused person. Then the complaint and response would be made public simultaneously.

The commission would have subpoena power, and would adjudicate complaints for which a civil penalty could be imposed. It would refer criminal matters to state prosecutors.

Dines said he was optimistic about his proposal clearing the House of Representatives and the Senate. If it does, voters would make the final decision in the November election.

Two other lawmakers, House Minority Leader Brian Egolf, D-Santa Fe, and Sen. Linda Lopez, D-Albuquerque, have introduced bills to create an ethics commission by statute.Their bills are in limbo, not having received a message from Gov. Susana Martinez that would allow them to be heard in this 30-day legislative session.

Dines did not need clearance for his bill because it is a constitutional amendment that would not require the governor's signature to go to the voters or become law. He said the fact that Lopez and Egolf filed bills for an ethics commission is a sign that he will have support for his measure.

Common Cause New Mexico, an advocacy organization that says one of its goals is honest government, will track the votes of all 112 state legislators on the issue of an ethics commission, said Viki Harrison, its executive director. The question, Harrison said, is "Are we just going to let the public trust erode, or are we going to do something to restore it?"

For Dines' bill to make the ballot, it would next have to clear the House Judiciary Committee, the full 70-member House and then make it through a similar process in the Senate. Because the commission Dines is proposing would need money to operate, he also might have to win over the Senate Finance Committee in a year when the state budget may be flat.