Farmington announced Friday night it signed an agreement with a New York-based firm to negotiate the purchase of the San Juan Generating Station.

FARMINGTON – The City of Farmington announced Friday night that it entered into an agency agreement with New York-based Acme Equities LLC that allows the firm to negotiate a purchase agreement with other owners of the San Juan Generating Station.

The city previously inked a letter of intent with that investment firm, which hopes to run the power plant and its coal mine past the 2022 deadline set by regional power giant Public Service Company of New Mexico (PNM) to shut down and abandon the plant.

PNM, the majority owner, is moving forward with plans to shutter the facility by that date. In an ad campaign PNM has stated it will shut the plant and replace its power with power generated by other resources than coal.

Farmington officials believe the other owners have an obligation to transfer ownership to the city. PNM, meanwhile, has stated that it is working with the other owners to achieve a shutdown.

“According to the owners agreement, all exiting owners have an obligation to negotiate in good faith and convey their interest in the plant at no cost,” the release from the City of Farmington stated.

Farmington Mayor Nate Duckett sees the new agreement with Acme Equities LLC as the next step in the right direction.

"We are very pleased to see this process formally advancing and gaining significant momentum,” Duckett said in the Friday night press release.

"We have an incredible opportunity to save 1,600 jobs and reduce CO2 emissions at SJGS by 90 percent through the proposed installation of proven carbon capture technology,” Mayes said in the release. “This would make SJGS cleaner than wind generation that requires natural gas backup.” 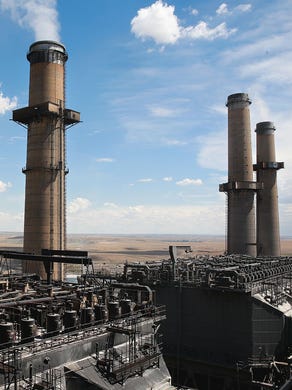 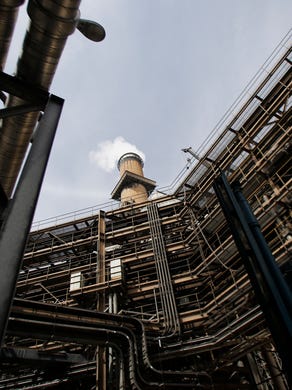 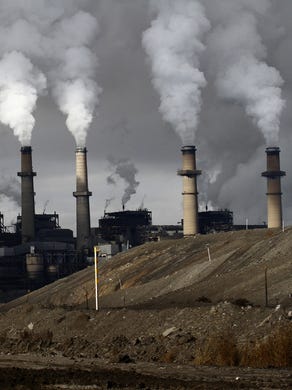 A ruling by state regulators that allows the San Juan Generating Station to continue operating is being challenged by a Santa Fe-based environmental group. Daily Times file photo
Fullscreen

Tom Fallgren, plant manager at the San Juan Generating Station, said on Aug. 1 that a new natural gas-fired peaking plant will be built in a parking lot next to the electrical substation seen here in Waterflow. Steve Lewis/The Daily Times
Fullscreen 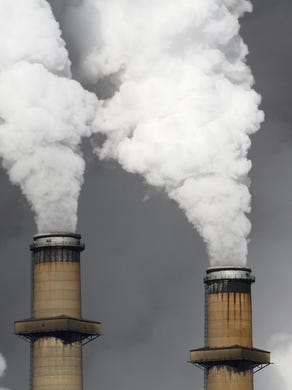 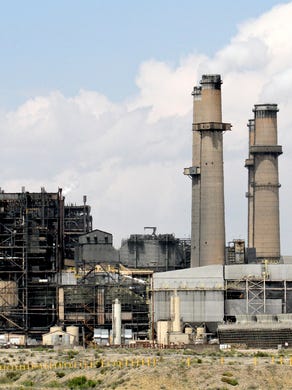