Law enforcement and the family of the three-year-old boy who drowned in a septic tank are urging the public to make sure their tanks are up to code.

Ryder Riaski drowned after falling in tank on Jan. 11 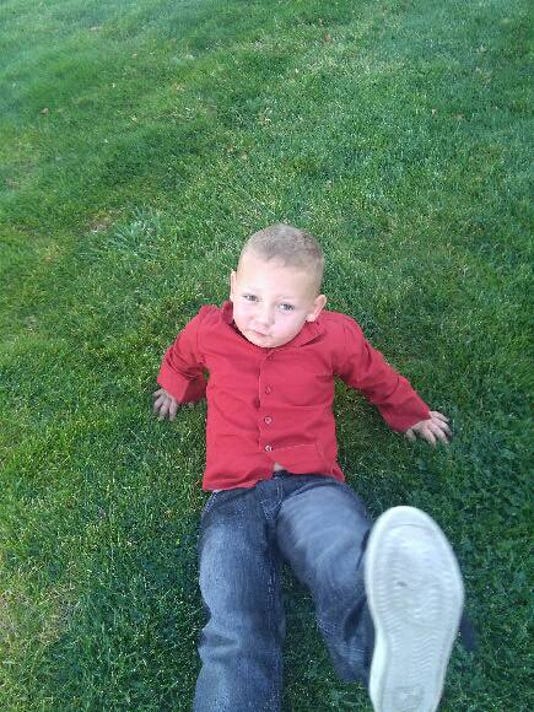 Ryder Riaski, 3, drowned in a septic tank on Jan. 11 at the residence of a relative in the Crouch Mesa area.(Photo: Courtesy of the San Juan County Sheriff's Office)

FARMINGTON — Law enforcement officials and the family of a 3-year-old boy who drowned in a septic tank last week are urging the public to make sure their septic tanks are secure and up to code.

Ryder Riaski died on Jan. 11 after he drowned in a septic tank at his mother's parents' residence in the Crouch Mesa area, according to a San Juan County Sheriff's Office press release.

Ryder and his mother, Cassandra Cloyd-Riaski, were at the residence making funeral arrangements for Cassandra's mother, who passed away earlier this month.

Jayme Harcrow, sheriff's office spokeswoman, said crime scene investigators believe Ryder might have been jumping on the lid of the septic tank when it flipped sideways and the boy fell in, but they have not finalized the cause of the accident.

The cause is still under investigation. Rust was found under the lid of the septic tank, Harcrow said.

The Riaski family and the sheriff's office want the public to make sure their septic tanks are properly covered and up to code to prevent anyone else from falling into a septic tank, according to the press release.

If anyone has questions regarding septic tank safety and codes, Harcrow said people should contact a local septic tank or plumbing company.

A memorial account has been set up under Ryder Ray Riaski's name at Citizens Bank if people wish to contribute to the family. Donations can be made at any Citizens Bank location in San Juan County.

MORE: Firefighters investigating cause of fire that killed two children

Note: This story has been corrected to note who was present when the accident happened, and that the Sheriff's Office has not finalized a cause of the accident.