Judge says legal team should get more time to prepare a defense for charges against Secretary of State Dianna Duran.

Preliminary hearing has been pushed back to Dec. 1 due to complex nature of case 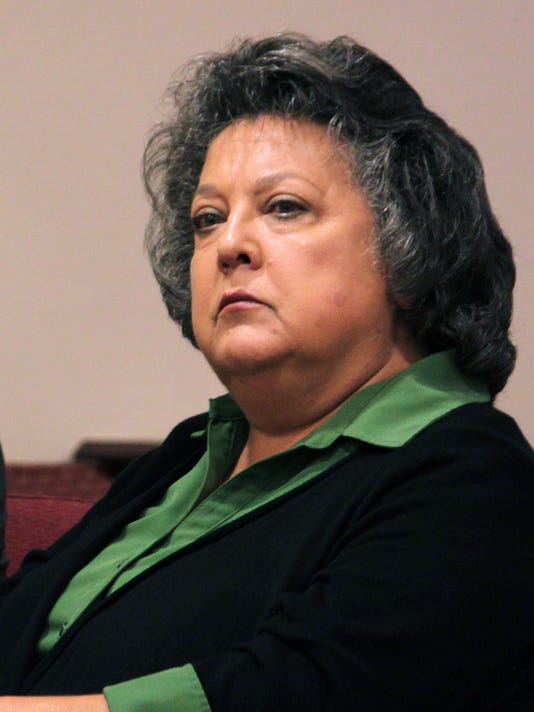 Secretary of State Dianna Duran listens to proceedings during a hearing in state district court in Santa Fe on Thursday. Duran is facing dozens of charges stemming from allegations that she misused campaign donations.(Photo: Susan Montoya Bryan/AP)

SANTA FE — A state judge decided Thursday that a legal team should get more time to prepare a defense to fraud and other charges against embattled Secretary of State Dianna Duran given the complexity of the case.

Judge T. Glenn Ellington extended deadlines for filing motions and pushed back a preliminary hearing by more than a month to Dec. 1 despite opposition from the state attorney general's office.

Defense attorney Erlinda Johnson made the request for more time last month, saying she had to review information provided by prosecutors that includes hours of audio interviews and grand jury proceedings as well as more than 20,000 pages of banking records and other financial documents.

"This is a very technical case," Johnson told the judge about the 65 counts of fraud, embezzlement and tampering with state records faced by her client. "The documents are vast."

Prosecutors wanted the preliminary hearing to proceed as scheduled later this month.

Duran, a Republican who is serving her second term as New Mexico's top elections official, has pleaded not guilty to the charges. She remained silent during Thursday's hearing and while her attorney spoke with reporters outside the courthouse.

Attorney General Hector Balderas, a Democrat, filed the charges in August following a lengthy investigation. His office alleges Duran misused campaign donations by funneling some $13,000 into personal accounts and filed false campaign finance reports with her own office.

Johnson suggested Thursday that there have been constitutional and statutory violations in the case. She said she intends to file a motion questioning how the state gathered some of its evidence.

"I know Ms. Duran has already been convicted in the media, but we look forward to presenting our defense in a court of law," she told reporters.

A spokesman for the attorney general's office declined to comment on the proceedings.

Duran, who has returned to work, has faced pressure to resign and a committee of state lawmakers has hired a special attorney to conduct an investigation as part of possible impeachment proceedings.

The case also has reignited calls among open government advocates for campaign finance reforms and the creation of a state ethics commission, a proposal that has faced opposition from both parties.

The secretary of state's office is responsible for enforcing New Mexico's elections and campaign finance laws.