The Navajo Nation Department of Justice is suing Dineh Benally and two businesses, alleging they are growing and marketing hemp on tribal land.

The legalization of hemp is spurring U.S. farmers into unfamiliar terrain, enticing them with profits amid turmoil in agriculture while proving to be a tricky endeavor in the early stages (Nov. 21) AP Domestic

FARMINGTON — The Navajo Nation Department of Justice is suing Shiprock resident Dineh Benally and two businesses, alleging they are growing and marketing industrial hemp on the Navajo Nation.

The lawsuit was announced in a press release from the department, stating it was filed on June 11 in the Shiprock Judicial District court.

According to the press release, Benally, along with the Native American Agriculture Company and the Navajo Gold Company, have been growing, producing, manufacturing, transporting, licensing and selling industrial hemp on tribal land.

The department also alleges the parties were unlawfully issuing land use permits to foreign entities to grow and cultivate industrial hemp. Such activities are illegal on tribal land, the release states. 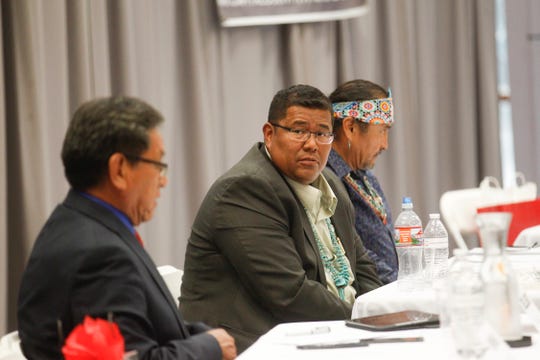 Hemp is a strain of the Cannabis sativa plant species and contains a lower concentration of THC, the active ingredient of cannabis.

The department is seeking a temporary restraining order and a preliminary injunction to halt operations at the farms, which were identified by the Navajo Police Department as operating in Shiprock in a June 3 press release.

"The court is currently processing the pleading," a spokeswoman for the Navajo Nation Judicial Branch stated in an email on June 12.

Benally could not be reached for comment by telephone and he did not respond to a request for comment sent to his email address.

He is the president of the Navajo Nation San Juan River Farm Board, which has on its website a link to apply for hemp and cannabis licenses through the Native American Agriculture Company.

The Navajo Gold Company opened a store to sell hemp products in Shiprock in October 2019.

Attorney General Doreen McPaul said in the justice department release that the tribe received several complaints, tips and warnings about the illegal activity.

"It is unfortunate that in the middle of a global pandemic that has claimed too many of our relatives that the nation is forced to take this action against one of our own, who seeks to enrich himself in blatant disregard for the laws of the nation," she said. 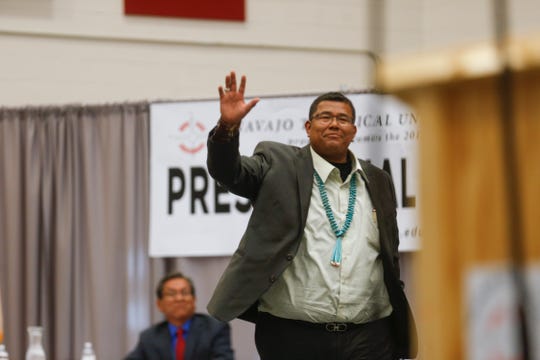 The tribe's criminal code prohibits the growth, possession, development or propagation of industrial hemp until a regulatory system is approved and adopted by Navajo lawmakers.

The pilot project started in 2019 and occupied 200 square feet of land leased by NAPI to the university. The size of the project increased to five acres this year.

"However, that narrowly-tailored pilot program is exclusive to NAPI and NMSU in compliance with federal law. It does not permit defendants' activities nor does it otherwise legalized hemp production on the nation's lands generally," the justice department press release states.