If Diné College establishes the law school at its campus in Tsaile, Arizona, it would be the first tribal college to offer that program.

FARMINGTON — Diné College is considering whether to start a law school at its campus in Tsaile, Arizona.

In a press release, the tribal college stated that discussion about developing such a program occurred during a symposium on Dec. 12 and Dec. 13, where participants talked about accreditation, core courses and specializations, judicial advocates, traditional Navajo law and names for the law school.

Rex Lee Jim, director of the Navajo Sovereignty Institute at the college, will help organize an advisory committee for the school and will oversee the process as it moves forward, the release states.

Jim said the college is ready to start the task, and an area the school could specialize in is areas of Indian law specific to the economy of the Navajo Nation.

The college started in 1968, and if it establishes the law school, it would be the first tribal college to offer such a program. 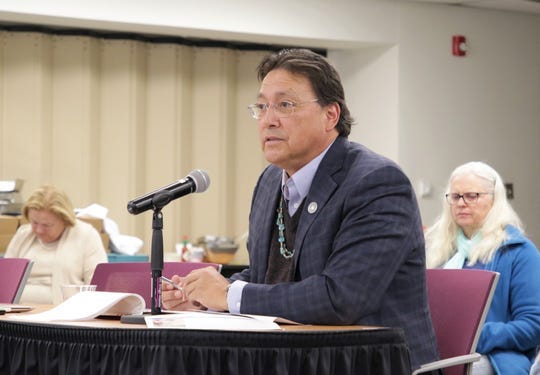 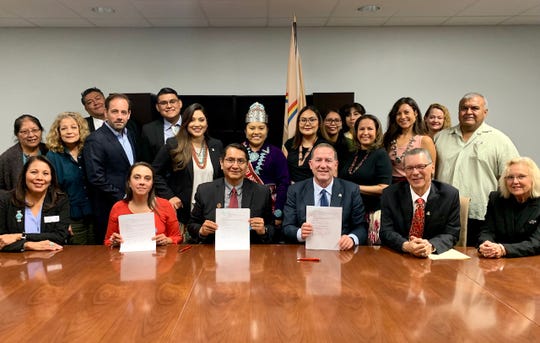 Navajo Nation President Jonathan Nez signed a memorandum of agreement with the University of Arizona on Dec. 3 to establish the Navajo Law Fellowship Program in Tucson, Arizona. (Photo: Courtesy of Navajo Nation Office of the President and Vice President)

The news about Diné College comes after the Navajo Nation signed a memorandum of agreement this month with the University of Arizona to establish the Navajo Law Fellowship Program.

The program is designed with the goal of increasing the number of Navajo students who graduate from law school and creating pathways to legal careers, according to a press release from the tribe's Office of the President and Vice President.

The program would be housed under the James E. Rogers School of law at the university's campus in Tucson, Arizona.

The release states the tribe's scholarship and financial assistance office and the university will partner to match financial aid awards to Navajo students who are participating in the program.

Details about the program included areas of focus for first-year, second-year and third-year students, including studying the Navajo Nation legal system and Navajo law.