James D. Zwierlein was appointed executive director for the Navajo Nation Veterans Administration in July, and signed his official contract this week. 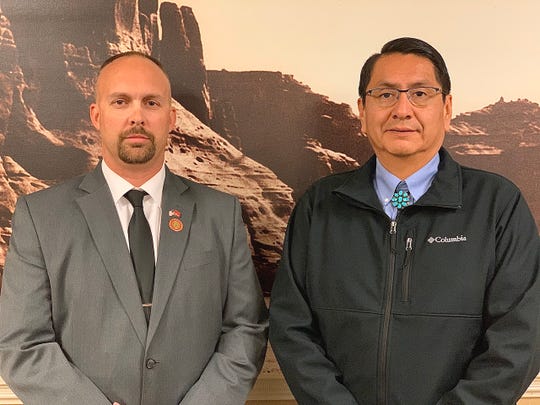 Zwierlein, a Marine Corps veteran, had been serving as acting director since July and became director on Nov. 18 when his contract was finalized, the release states.

"I am excited that we have finally been able to put this contract in place so that now we can focus on more important issues that will help our veterans get the service they need," Zwierlein said, then thanked President Jonathan Nez and Vice President Myron Lizer for the opportunity.

The release states that in addition to overseeing the veterans administration, Nez and Lizer have assigned Zwierlein to implement facilities on the reservation to construct and deliver homes for Navajo veterans and tribal members.

"Mr. Zwierlein's military background and knowledge will be very beneficial for the nation as we work with federal and state agencies and Navajo veterans organizations to assist and empower our veterans on the Navajo Nation," Nez said in the release.