Event will include screening of new feature film 'Parole' 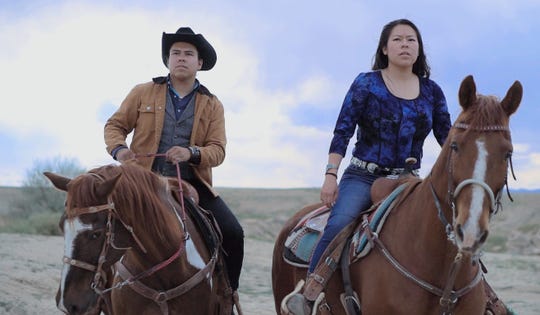 Kody and Kolette Dayish are featured in a scene from the film "Parole," which will be screened during the Never Give Up Film Festival on Aug. 25 in Shiprock. (Photo: Photo by Kody Dayish Productions)

FARMINGTON — A night of film, fashion, comedy, music and motivational speaking will take place during the Never Give Up Film Festival this weekend in Shiprock.

Presented by Kody Dayish Productions — a Navajo filmmaking company run by siblings Kody, Kolin and Kolette Dayish — the festival will be highlighted by the debut of the group's new feature film "Parole" and an appearance by comic-actor-stunt performer Steve Glover, otherwise known as Steve-O. 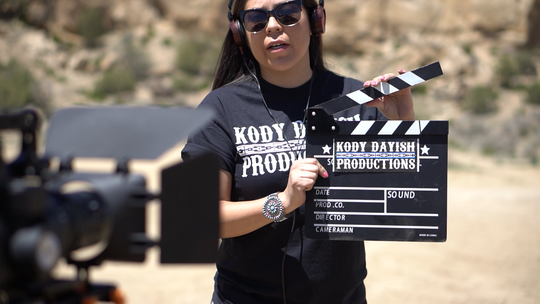 Kolette Dayish holds a slate during the shooting of the film "Parole." (Photo: Photo by Kody Dayish Productions)

Navajo comic Jamar Hall will serve as the host for the festival, and the musical group Our Last Chants will perform.

Dayish said the festival is an annual undertaking for himself and his siblings, and has proven very popular over its first three years, coming close to selling out each year. He's especially excited about this year's festival and the participation of Steve-O, who he became friends with more than a year ago.

Best-known as the star of the "Jackass" TV and film series, Steve-O was scheduled to perform his comedy routine Aug. 23-24 at the Santa Ana Star Casino in Bernalillo, so making an appearance at the Never Give Up Film Festival was simply a matter of extending his visit to New Mexico for another day. Dayish said he and his siblings were filming a project with Steve-O on Aug. 23, but he declined to reveal its nature, other than to say it was a surprise.

Dayish emphasized that Steve-O would not be performing any of his trademark stunts during the festival. Instead, Dayish said, Steve-O would be delivering a talk on sobriety and the importance of never giving up on your dreams.

"It's a humbling honor to have Steve-O available to come out and meet with people," Dayish said.

The festival will feature the screening of two films, a short called "Silent Medicine" that stars Navajo comic James Junes, and "Parole," a 60-minute film that features an all-Navajo cast and crew. 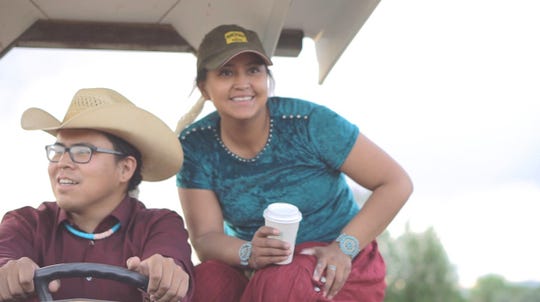 Kody Dayish and Pasqulena Curley are featured in a scene from the film "Parole." (Photo: Photo by Kody Dayish Productions)

Kolin Dayish directed the film, which stars Kody Dayish. Its plot centers on a character who has been released from prison and is struggling with remaining sober.

Dayish announced via the Kody Dayish Productions Facebook page on Aug. 22 that the film had been accepted for entry into the Hollywood Film Festival, which takes place Oct. 1-6. Dayish and his siblings have produced several other films over the past few years, including "The Red Hogaan," "Spared" and "The Beginning," the group's debut film that landed Kody Dayish the award for best Emerging First Time Director at the 2017 Red Nation Film Festival in Los Angeles.

The Never Give Up Film Festival takes place Aug. 25 at the Phil L. Thomas Performing Arts Center just south of U.S. Highway 64 in Shiprock. Doors open at 5 p.m., and the festival gets underway at 6. Tickets are $30 at the door, but patrons will receive a discount for wearing a Kody Dayish Productions t-shirt. Call 505-406-3879 for more information about the festival.