Meeting in Counselor to focus on state methane emission rules

Counselor was selected as a meeting site because of the impact of the oil and gas industries.

Meeting in Counselor to focus on state methane emission rules

FARMINGTON — The New Mexico Environment Department and the Energy, Minerals and Natural Resources Department will have a public meeting in Counselor to share information about plans to develop rules to reduce methane emissions for the state.

Earlier in the year, Gov. Michelle Lujan Grisham signed an executive order regarding methane emissions that included directing the departments to meet with stakeholders and provide direction for developing a document that outlines climate strategy.

The meeting will be from 10 a.m. to 3 p.m. on Aug. 12 at the Counselor Chapter house in Counselor, according to a joint press release from the departments.

Susan Torres, spokeswoman for the Energy, Minerals and Natural Resources Department, said Counselor was selected as a meeting site because of the impact of the oil and gas industries and because there is strong interest about the issue from residents. 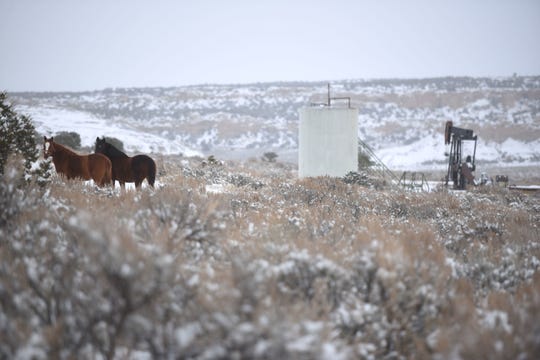 A tank and pump jack are pictured near a WPX Energy drilling rig on Jan. 8, 2016 near Lybrook. (Photo: Daily Times file photo)

The meeting was also arranged after the department conducted meetings with the Navajo Nation in June about methane work, Torres said.

Following that, the department's tribal liaison reached out to community members to provide an opportunity for stakeholder outreach on the tribal lands, she added.

There will be a slide presentation by department officials at the meeting, followed by a question-and-answer session.

An hour and a half will be devoted to public comments then there will be an open house for one hour.

The release states that during the meeting the departments will provide an overview about their authorities to regulate methane from the oil and natural gas industries. 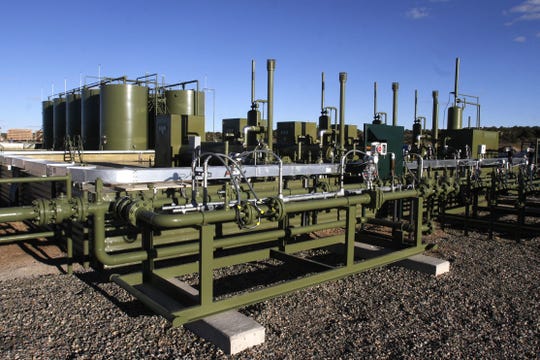 Lujan Grisham committed the state to reducing its greenhouse gas emission by 2030 in the executive order she signed on Jan. 29.

This is the second time the departments are conducting stakeholder meetings in the region.

The first meeting was held in Farmington on July 29, followed by meetings in Albuquerque and in Carlsbad.