The panel discussion on telecommunications issues was part of the Rural Networks Conference, organized by the New Mexico Public Regulation Commission. 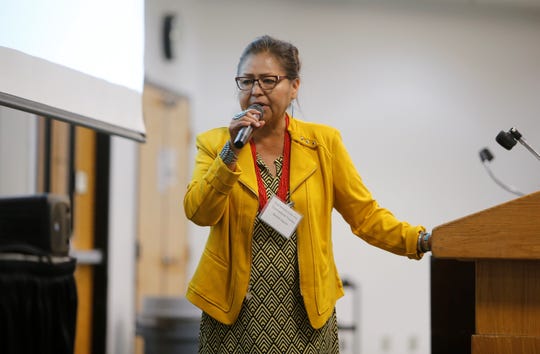 FARMINGTON — Three telecommunication companies discussed the obstacles in obtaining rights of way on the Navajo Nation during a discussion at the Rural Networks Conference at San Juan College on July 31.

Representatives for Frontier Communications, Sacred Wind Communications and CenturyLink spoke about the problem during the conference's panel discussion about telecommunications on tribal lands, which was organized by the New Mexico Public Regulation Commission.

Joe Hausner is the general manager for Frontier Communications, which provides internet, video, television and telephone services on the Navajo Nation in Arizona, New Mexico and Utah.

Because the Navajo Nation is vast and residences are located far from each other, obtaining rights of way remain "the biggest hurdle," Hausner said.

He said that one way the company crosses that hurdle is by using different technologies, like wireless service.

The panel included John Badal, founder and CEO for Sacred Wind Communications, and Leo Baca, director of government and regulatory affairs for CenturyLink in New Mexico. 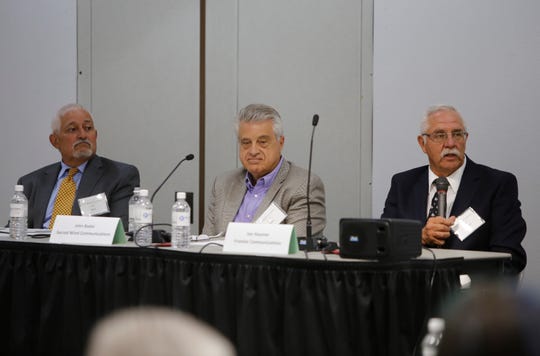 Both men echoed the rights of way obstacles.

"We've operated for 13 years and in those 13 years, I never seen a right of way process that took six months," Badal said.

"The greater the distance and the lower the density, the higher it costs," Baca said adding he continues to meet with tribal leaders about streamlining access to develop services.

NMPRC Chairwoman Theresa Becenti-Aguilar, who served as moderator, asked panelists about bridging communication between the companies and tribes to further government relationships.

Hausner said Frontier Communications frequently meets with representatives from the Navajo Nation as well as entities such as Indian Health Service and Gallup-McKinley County Schools.

Badal said Sacred Wind Communications supports tribes operating their own telecommunication systems, and the company has partnered with tribal government to develop such systems.

An example of that is the broadband system the company designed and built for the Pueblo of Laguna, he said.

The collaboration included training tribal employees to operate the system, and then handing over the system to the tribe in two years, Badal said.

He added that is the type of work the company would like to replicate with other tribes.