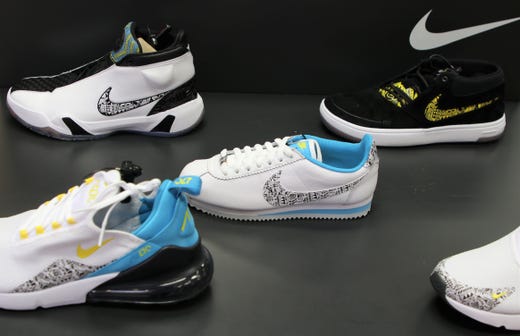 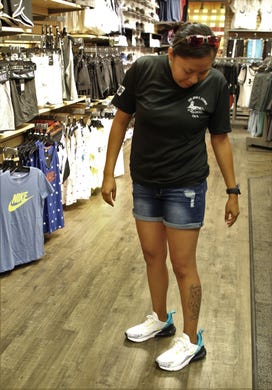 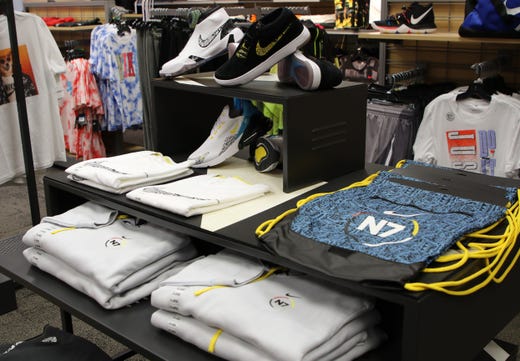 The Nike N7 summer collection was released on June 21. The Hibbett Sports store in Farmington is one of four stores in New Mexico to carry the line. Noel Lyn Smith/The Daily Times
Fullscreen 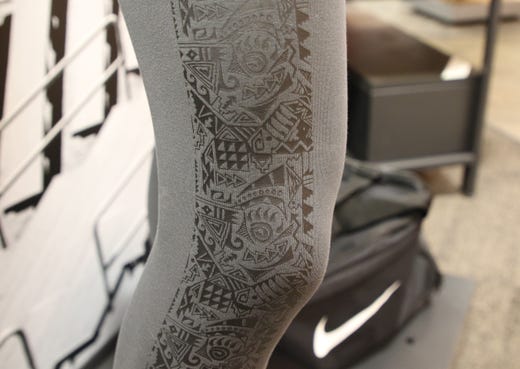 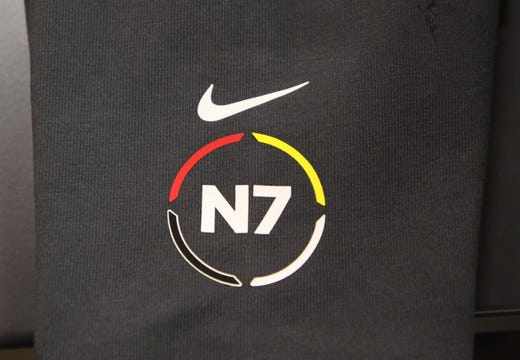 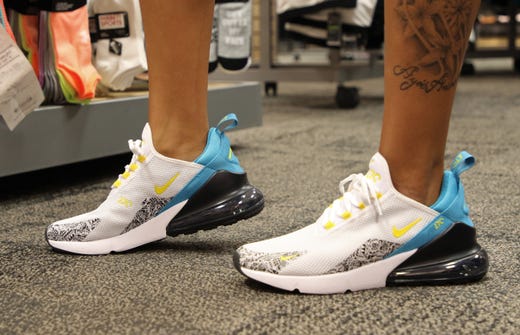 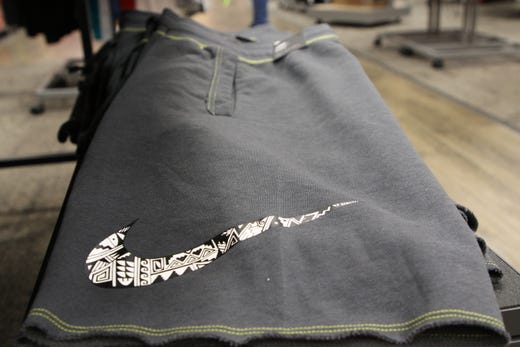 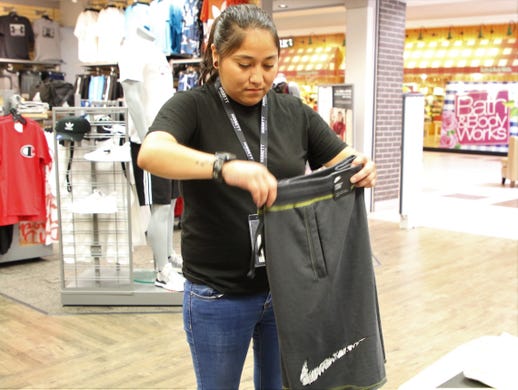 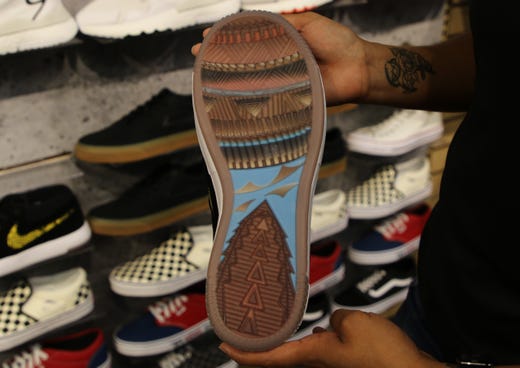 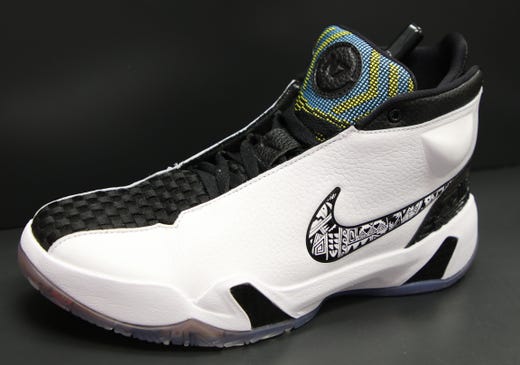 FARMINGTON — With its yellow, gray, white and turquoise colors, the new Nike N7 summer collection is taking its place at the Hibbett Sports store here.

The collection was released on June 21 and the store inside Animas Valley Mall is among 50 locations nationwide to carry the line. The partnership with Hibbett Sports began in summer 2017 and the new collection will be available in New Mexico at stores in Farmington, Gallup, Carlsbad and Hobbs.

Stores in Cortez, Colorado and in Page and Winslow, both in Arizona, will carry the line as well.

"I'm proud. I'm honored and it's a privilege that Hibbett is a key partner with Nike on this project," Farmington store manager Suzette Greer said.

The collection includes four pairs of limited-edition sneakers as well as apparel items and accessories. Each one showcases colors and graphic designs that are meaningful to Native American communities.

Sales from the footwear and apparel contribute to the Nike N7 Fund, which helps organizations provide sports and physical activity programming to Native American and Aboriginal communities.

Sam McCracken, general manager of Nike N7, said in an email the collection was designed by the in-house Nike N7 team in collaboration with musician Taboo from the group Black Eyed Peas, and company designer Tinker Hatfield. 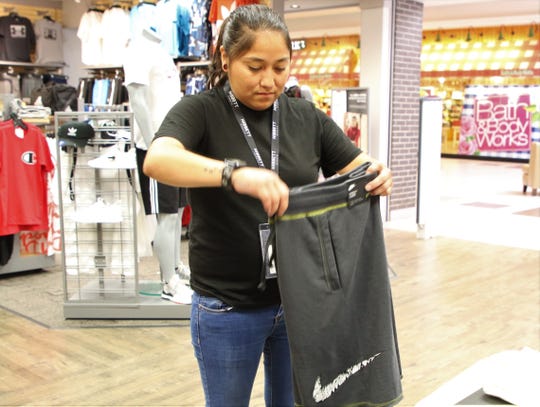 The designs are connected to the tattoo artwork featured on Taboo's arm, which represent his Native American culture, McCracken said.

The men's basketball shoe carries silhouettes designed by Hatfield. In a tweet on the Nike N7 account, Hatfield explained how he was inspired by "that rez ball kind of play" then described it as "very fast and very high paced."

The N7 Fund has awarded more than $6.6 million in grants to 252 communities and organizations since its start in 2009, according to McCracken, who is an enrolled member of the Assiniboine and Sioux Tribes in Montana.

"Nike believes kids aren't meant to sit still, they're made to play. The N7 collection supports Nike's commitment to get kids moving through the N7 Fund," he said.

"That's very important. I always try to promote my children, when they were small, (and) my grandchildren – I promote them to stay in some sort of sport. It's good for your body, it's good for your mind," she said.