Navajo Code Talker William Tully Brown Sr. was buried Thursday in Arizona. His death marks the third passage of a Code Talker since May 10. 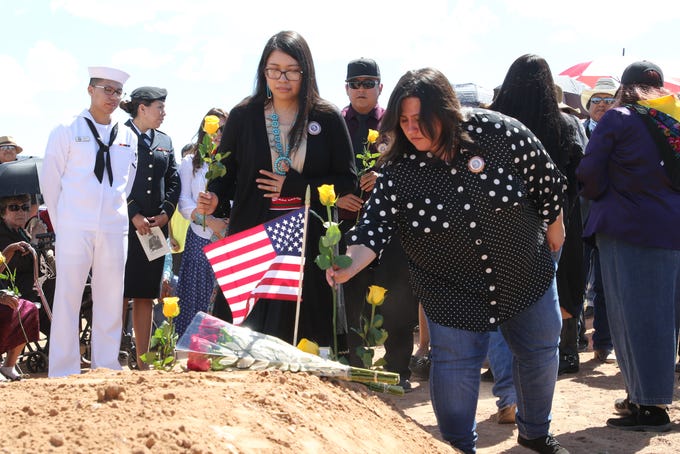 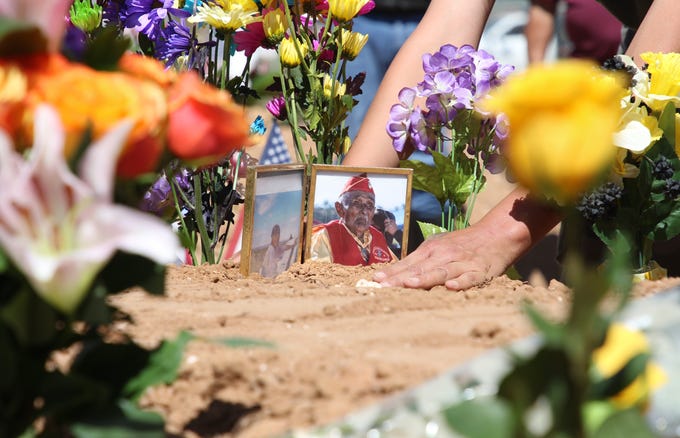 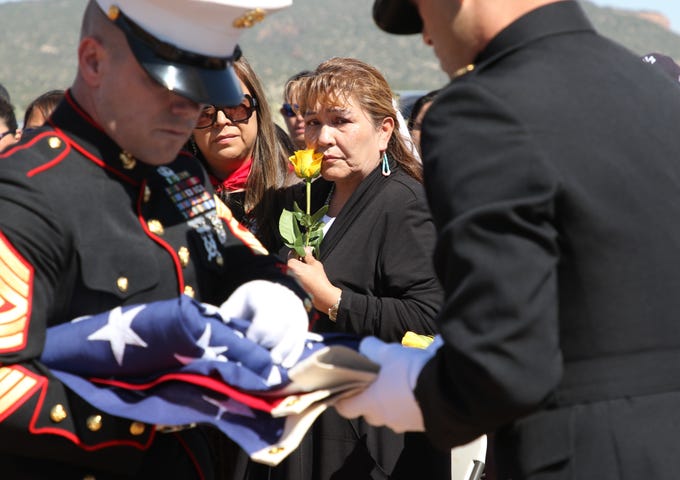 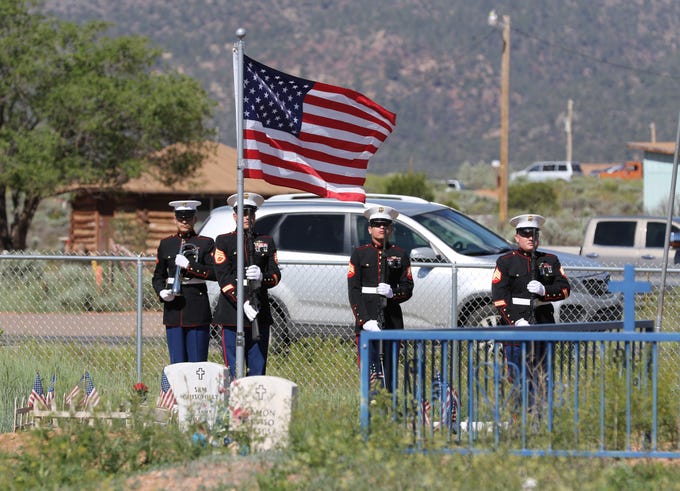 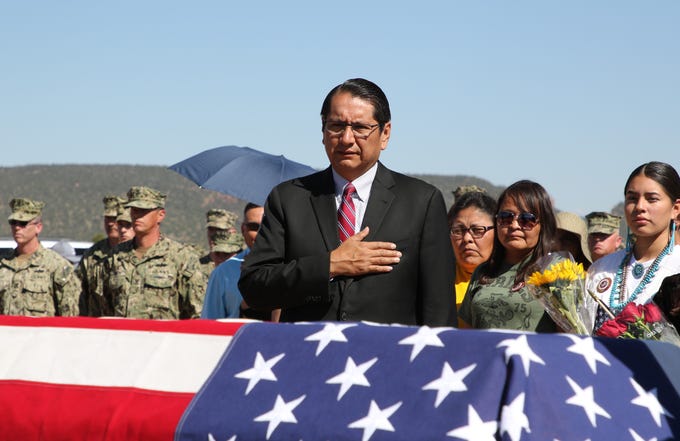 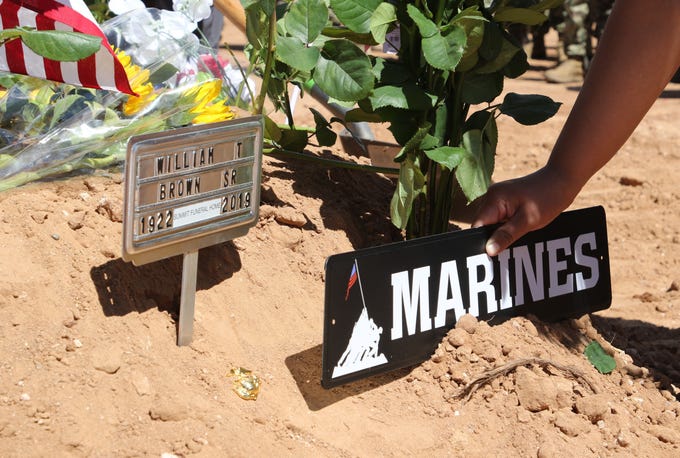 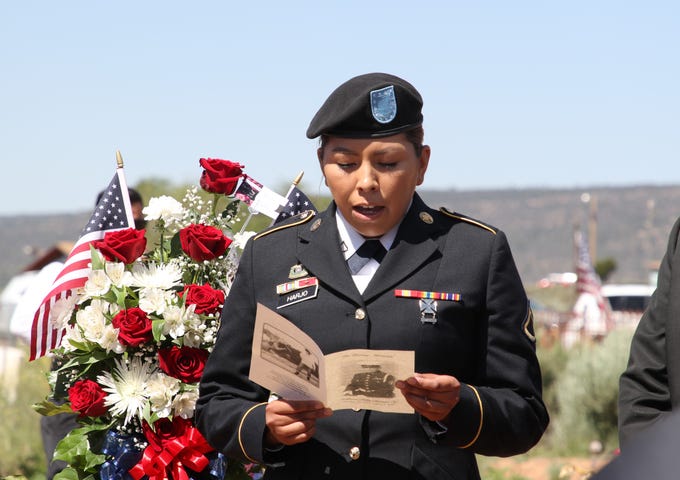 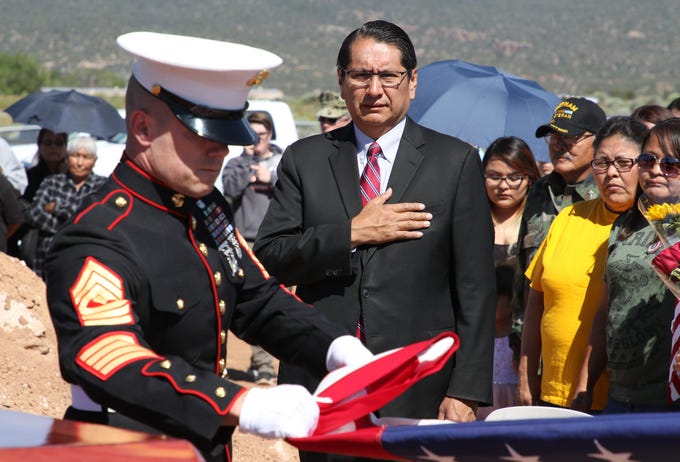 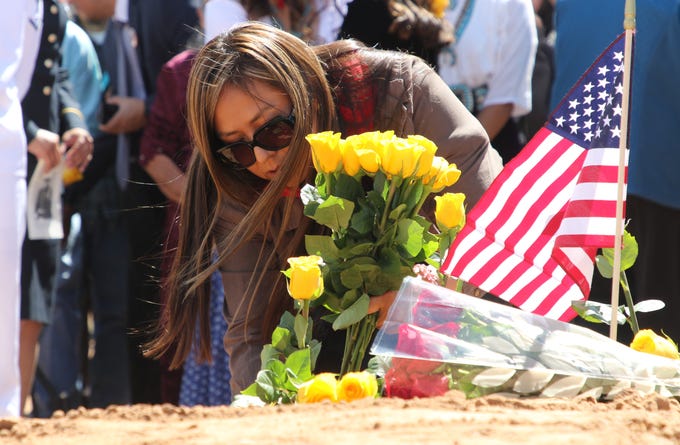 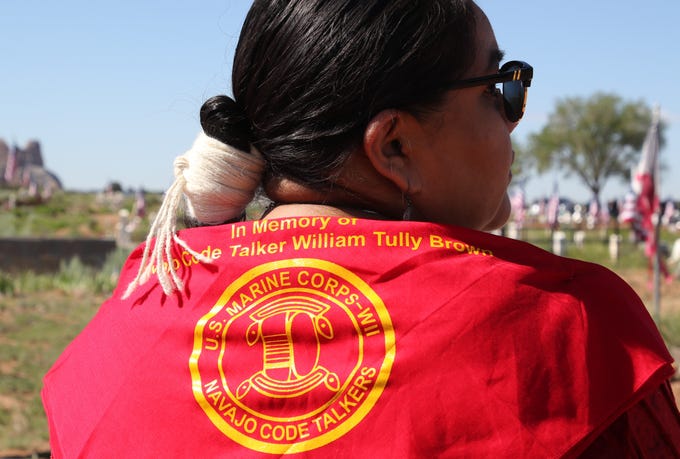 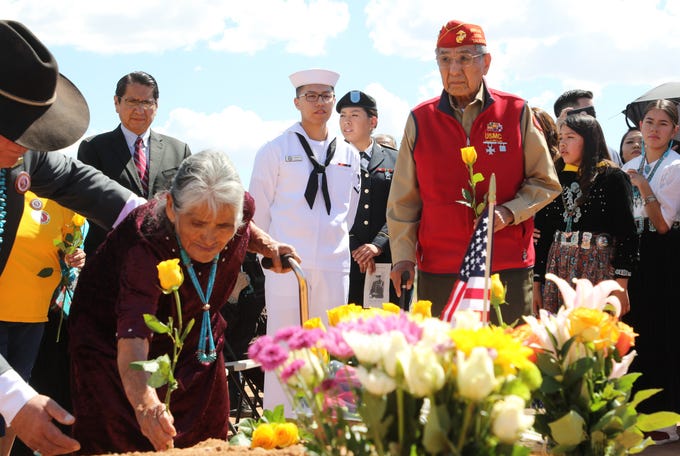 FORT DEFIANCE, Ariz. — William Tully Brown Sr. was a humble man who talked about his service as a Navajo Code Talker only when asked.

Humble is the word his family continually used to describe him during the June 6 memorial service for the 96-year-old Marine Corps veteran at the Fort Defiance Veterans Cemetery in Fort Defiance, Arizona.

Brown died on June 3 in Flagstaff, Arizona. His death marks the third passage of a Code Talker since May 10.

He was Tó'aheedlííníí (Water Flow Together Clan), born for Tł'ááshchí'i (Red Bottom People Clan) and was originally from Black Mountain, Arizona in the Cottonwood-Tselani Chapter.

Delilah Yazzie said her grandfather kept quiet about his service, but when asked, he would talk about it.

"He was a very humble person. He didn't like being in the limelight, he was reserved. He was a jokester and he liked to make people laugh," Yazzie said. 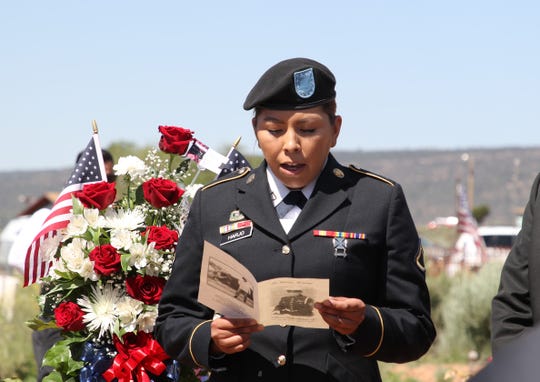 Despite refraining from attention, he participated in Navajo Code Talkers Day events in Window Rock, Arizona, and served as grand marshal in 2018 for the Central Agency Fair in Chinle, Arizona.

Yazzie remembers Brown telling his family to live a good life, and she remembers he kept a flag from Japan and "he loved his Marine uniform."

Information released on June 3 by Navajo Nation officials stated that Brown served in the Marine Corps from 1944 to 1946.

Among the accolades he received was a Congressional Silver Medal in 2001.

Vee F. Browne-Yellowhair said her father worked for a bread baking company in San Francisco after the war, followed by employment with the Union Pacific Railroad. 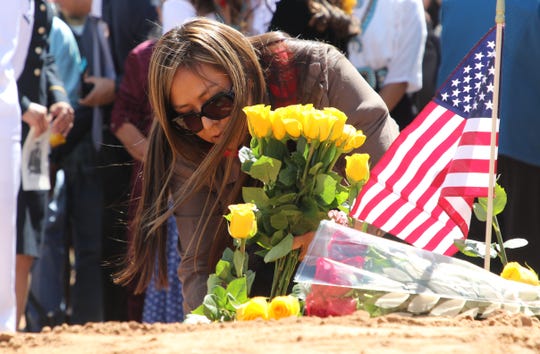 Because he worked for the railroad, he traveled across the country, she said.

"He spent the majority of his 96 years at home," Browne-Yellowhair said.

She added that three years ago, she sent a sample of her father's DNA to an ethnicity and genealogy testing company.

The company found out that his DNA matches the Anzick Child, a child buried approximately 12,500 years ago in present day Montana.

Raquel Brown, another daughter, said he loved to watch football games and was a Dallas Cowboys fan. 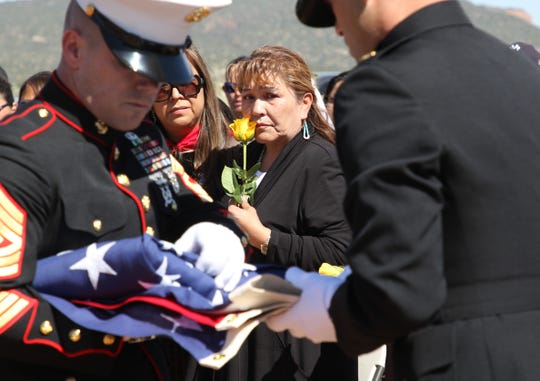 "He'll watch military movies, but he'll look at it and say, 'that's not how it goes,'" she said.

Earl Tulley is one of Brown's nephews, but adhering to Navajo tradition, Tulley identified Brown as a father.

"When we were growing up, there's no quota as to how many fathers, mothers, brothers, sisters, grandmas and grandpas you can have because we're just told, 'go see your dad at Black Mountain.' That's all we're told, and we didn’t know other than that was what was explained to us," Tulley said.