The Naa'bik'íyáti' Committee gave 10 bills containing the nominations "do pass" recommendations on March 14. 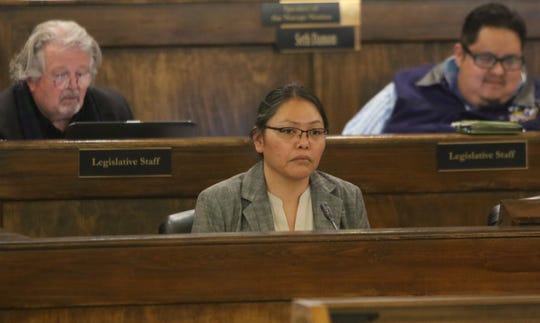 Committee members gave each bill a "do pass" recommendation on Thursday. The bills proceed to the Navajo Nation Council, where final authority rests.

Nez and Lizer commended the committee's action to support the nominations in a press release from the president's office. 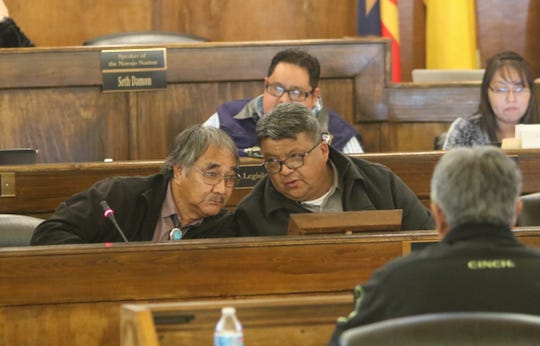 "Each appointee was carefully vetted, and each is doing very well in their respective capacities since being appointed," Nez said in the release.

In the discussion for Delmar, committee members recognized his work to improve the Division of Public Safety since his first confirmation in 2015.

Delegate Eugenia Charles-Newton asked in her comments for an update about the systems for enhanced 911 and the Amber Alert.

Charles-Newton, who represents Shiprock Chapter, talked about the importance of operating both systems to enhance public safety.

"I do want to make it clear that as chair of the Law and Order Committee, I'm going to hold your feet to the fire when it comes to this important system that needs to be addressed here on the Navajo Nation," she said.

The Law and Order Committee serves as oversight for the DPS.

Delmar said in his response that the tribe issued its first Amber Alert under an all hazard alert system last year when a child was abducted and then found in Chinle, Arizona.

Delegate Kee Allen Begay Jr. said he supports Delmar because he worked well with the Law and Order Committee in the previous council.

"I support your confirmation. You've done a lot," Begay said.

The Naa'bik'íyáti' Committee has yet to consider the bill to confirm the nomination of Doreen McPaul as attorney general.